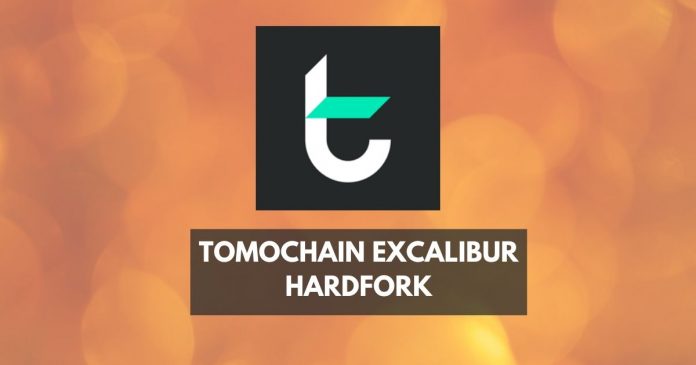 TomoChain has released details of its upcoming hard fork Excalibur. The hard fork will facilitate its TomoX protocol and will have a pivotal impact on the entire decentralized exchange (DEX) sector.

According to a Medium blog post, the proposed TomoX mainnet go-live date is May 12. Also, this will mark the activation of the Excalibur hard fork at block 20,581,700.

We had earlier reported the upcoming launch of TomoChain mainnet 2.2 which is now imminent. The latest blog post is calling the approved version for the Excalibur hard fork as TomoChain 2.2.1. It also mentioned the need for updating all Masternodes and full nodes to this version before the launch.

After the hard fork, TomoChain will have the following functionalities:

Furthermore, the hard fork will support all of TomoChain’s TRC 21 tokens. This will allow the listing of these tokens on any TomoX exchange. There will be more details on this after Excalibur comes out.

According to the blog post, TomoX is going to be a secure and efficient DEX protocol. Also, it will enable launching a permissionless DEX within minutes, not needing any in-depth technical know-how, and at very little costs. It is a Layer 1 protocol, secured using TomoChain Masternode making its transactions super fast and non-custodial.

TomoDEX will thus be the first-ever TomoX DEX protocol. Supervised by TomoChain, it will add support for TOMO, BTC, USDT, ETH tokens for now, with the likely listing of more tokens soon. TomoDex will tentatively to go live after Excalibur hard fork launch with no specific date set yet.

In a set of FAQs in the blog post, TomoChain answered questions about the upcoming Excalibur release. It pointed out that in the event of a full node or Masternode not updating, the outdated version would immediately become incompatible with the main TomoChain network.

We previously covered a strategic partnership between TomoChain and Fleta blockchain. 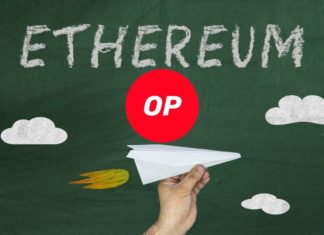 Ruma - October 7, 2021 2
Nowadays, Ethereum users pay between $70-$80 for a single transaction that takes time to confirm. These issues are stoping potential users from using the...

Bitcoin Makes the Headlines in the Chinese State Media