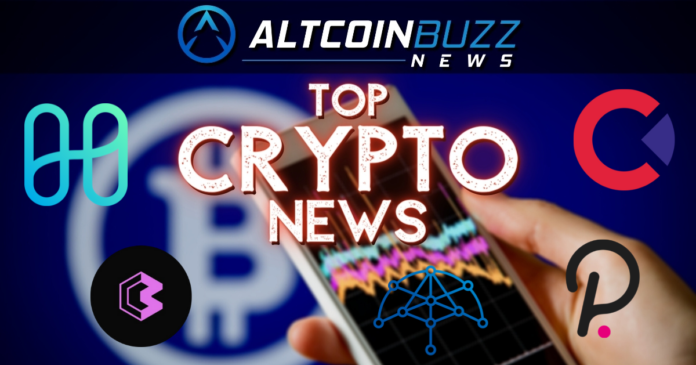 After undergoing a sharp correction, Bitcoin is trading at $39,218. MicroStrategy, led by Michael Saylor, utilized this correction and accumulated another $10 million worth of Bitcoin to its portfolio. Meanwhile, the second-largest cryptocurrency, Ethereum, is trading close to $2,961.

1 – Polkadot Unveils the Launch of Final Phase With Parachain Functionality

The founder of Polkadot, Gavin Wood, stated in his official blog the start of phase five of the Polkadot mainnet. Moreover, this phase is the final phase of Polkadot where complete decentralization and permissionless features will be achieved. Recently, Parity Technologies (the core team behind the development of Polkadot’s initial implementation) released version 0.9 of Polkadot, which is running on the Kusama network. The core developers can now launch parachain slot auction functionality and crowdloans for auction bids.

Wood did not specify the release time of the Polkadot’s parachains. However, the team will work on two things before the launch. The first is to conduct a comprehensive external audit of the new versions for the Polkadot and Kusama Networks. Secondly, to conduct at least one successful auction comprising crowdloans and host at least one functional parachain. He also stated that the first four stages took roughly 10 months to complete. However, the launch of this final stage of parachain function will transform the final vision of Polkadot’s heterogeneous sharded system into a reality.

WOWswap partnered with Umbrella Network to enhance leverage trading. With this partnership, WOWswap traders can borrow extra BNB from the lending pool to trade their favorite tokens with up to 5X leverage. WOWswap is a community-owned decentralized leveraged trading protocol that runs on top of PancakeSwap. Umbrella Network is a decentralized Layer 2 oracle platform that offers high-speed and reliable data service to the DeFi market at low costs. Hence, WOWswap will utilize Umbrella’s secure and reliable price feeds. This price feed helps to enable the borrowing and leveraged trading through Umbrella Network’s oracles.

Convergence Finance announced the launch of its mainnet. As per the tweet, this launch will propel the two new products named ConvX and ConvPool. Moreover, these products will include its AMM exchange, liquidity provision, and staking functionalities. Convergence is the first AMM that allows private assets to be interchangable in the DeFi space through its swift interface. Further, this launch will enhance some of the major features such as an intuitive user interface (UI), integration of transaction history option, and more. In addition, liquidity providers can earn lucrative rewards while staking. These pools include the CONV/ ETH, CONV/ USDT, and ETH/ USD pairs, which would be visible on ConvPool. Additionally, the team has integrated TradingView on ConvX to implement accurate technical UI for traders.

Blind Boxes announced the launch of its liquidity mining program on the 1inch Network. Moreover, Blind Boxes will launch an ETH-BLES pair on 1inch Network to add liquidity to their Liquidity Protocol. As stated, this contribution will reward liquidity providers of the mentioned pool on 1inch, which amounts to $76K worth of $BLES tokens. Blind Boxes offers a launchpad for NFTs and a gamified curation platform. Hence, this will help holders to earn yield by deploying their tokens across decentralized exchanges. Which in turn, increases the utility of $BLES tokens in the DeFi ecosystem and entices new users. Notably, 1inch users can farm $BLES tokens to earn lucrative rewards, and this collaboration will be for 12 weeks starting May 17, 2021.

In the last bit of crypto news for today, we have Knit Finance collaborating with Harmony to launch interoperable synthetics for the Harmony DeFi ecosystem. Moreover, Knit Finance is a novel decentralized protocol that utilizes smart contracts and collateralization to connect synthetics across multiple chains, bridges, and real-world markets. With this integration, the Harmony chain assets can be utilized in other chains as synthetic assets through Knit Finance. In turn, this would increase the utility of all Harmony assets and its growing DeFi ecosystem. 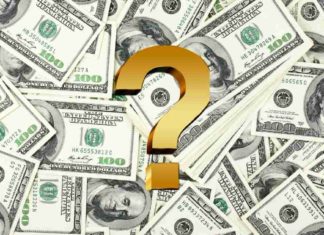 Why Is a Crypto Simulation Platform Valued at $1 Billion?

Camille Lemmens - March 16, 2022 0
Gauntlet is the platform we're talking about. They are a financial modelling platform. In other words, a crypto quant company. This is short for...