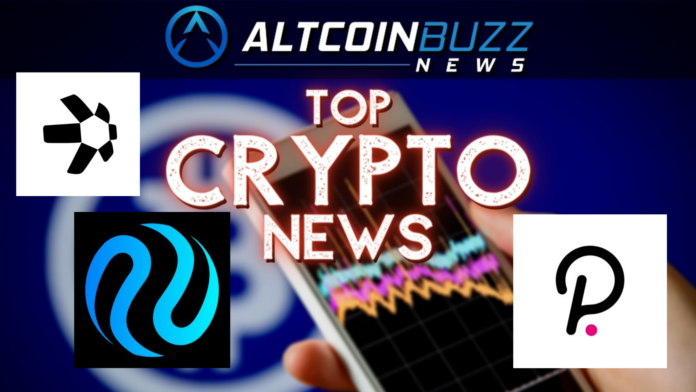 Most of the cryptocurrencies are trading higher today while Bitcoin is racing to the 58k region. Ethereum roars to the $3800 mark with the fear and greed index staying at Greed levels.

Let’s check out some of the day’s interesting crypto news.

Right after the announcement, Quant had a 5% gain.

We’re proud to be part of the Digital Pound Foundation.

A CBDC is an important evolution of the UK’s world leading payments infrastructure. Enabling new innovation and growth for the UK, provide access and create new forms of payments.

Polkadot is starting Parachain auctions after motion 118 passed the council. After 5 years of pursuing the dream of being a heterogeneous multichain framework, the governing council has approved the launch of Parachains.

The Parachain auctions will take place next month after a Public Referendum. Following the announcement, Polkadot price had a 25% pump, with investors feeling optimistic about the future. The native token, $DOT is trading well below its all-time high of $49 Dollars.

5 years after the vision of a heterogeneous multichain framework was first outlined in the Polkadot Whitepaper, parachains are now ready to launch on Polkadot. Motion 118, to schedule the first auctions, has passed council & now gone to public referendum.https://t.co/8pt3aT4vO3

Ethereum compatible Defi platform Injective Protocol is planning to launch a Cosmos based derivatives trading exchange. The announcement is expected to take place on Interchain FM on 15th October at 00:30 UTC. Injective has also launched the Injective bridge to transfer assets between Ethereum and Cosmos last month.

You'll learn how Injective will soon enable you to do on-chain perpetual swaps & how it changes the game for market makers ⤵️
📺 https://t.co/5a0VZPFUgV pic.twitter.com/fkstskcsFw

The decentralized interchangeable asset protocol Convergence Finance has launched Moonlit, a Cross-Chain AMM on Moonriver Network. Moonlit will work as a standalone decentralized exchange for Convergence’s cross-chain compatibility with Moonbeam and Moonriver. This will help Convergence to shift its focus in increasing investment opportunities for the Defi crowd. You can access Moonlit using this link.

🎉 Announcing the launch of Moonlit, Convergence's first step in cross-chain AMM on @MoonriverNW

Popular blockchain game GemGuardian has released a step-by-step guide on playing the NFT game by utilizing all the features available. GemGuardian is a top10-Ranked Binance PlayToEarn NFT Card Game and the gameplay involves Mythical Dragons and Warriors. Currently, the game is deployed on testnet and the recent walkthrough is well received by the community. You can read the full guide here.

Thetan Arena, a relatively new face in the blockchain gaming space, has announced a major partnership with Yield Guild Games. YGG is preparing to go big in the MOBA genre and the recent partnership is aiming to integrate multiple games into an inclusive gaming platform.

The partnership comes as no surprise as YGG has already invested in Thetan Arena’s token sale and purchased many prominent NFTs. Once Thetan Arena builds its NFT lending program, YGG plans to offer scholarships for its players to participate in Thetan Arena’s play-to-earn model.

The native token of Thetan arena, $THG had an impressive price rally of around 150% last week. 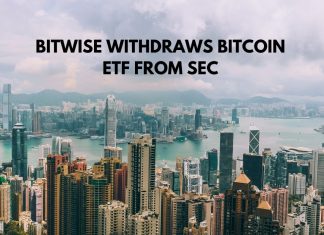 Racheal - January 16, 2020 0
Popular crypto asset manager firm Bitwise has announced the withdrawal of its Bitcoin ETF proposal submitted to the SEC. This withdrawal comes after a...