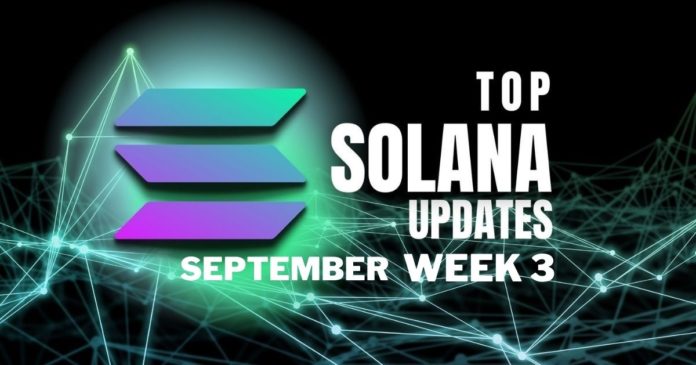 This week, Solana native token ($SOL) has dropped by 10% after a brief outage. According to CoinGecko, the drop marks $SOL in its lowest downturn in two weeks, with its market cap currently at $48.0 billion.

However, the Solana ecosystem continues to record more DeFi dApps. This converts Solana into one of the essential blockchains in the ecosystem.

Let’s take a look at the most exciting updates from the Solana ecosystem recently.

This week, the Solana ecosystem experienced a surprising shut down for 17 hours. Users weren’t able to buy, sell and trade the $SOL token.

1/ Solana Mainnet Beta encountered a large increase in transaction load which peaked at 400,000 TPS. These transactions flooded the transaction processing queue, and lack of prioritization of network-critical messaging caused the network to start forking.

Solana’s outage generated different opinions from users. Some defended the blockchain platform, and others expressed their displeasure. Teddy Fusaro, president of Bitwise Asset Management, said: “This is something we’ve seen since they’ve become a phenomenon.”

However, Edward Moya, senior analyst at OANDA, also said that the blockchain platform was not as decentralized.

Finally, the Solana founder, explained that Solana’s failure was caused by bots overrunning during a Raydium IDO.

Bots during a raydium ido are flooding the network at 300k txs per second. The queues that forwards txs to block producers grew in size to a point that caused excessive forking. The fix to prioritize messages in this queue was already in the works but wasn’t out yet.

Therefore, artists like Katy Perry and The Chainsmokers invested in Audius. Also, Jason Derulo, Pusha T, among others, has contributed to Audius’s successful fundraising campaign. It reached USD 5 million.

Wormhole Network has announced the launch of the Ethereum-Solana bridge, allowing users to move assets between each chain.

1/ Today we're incredibly excited to announce the launch of our Wormhole Token Bridge starting with @Ethereum and @Solana 🙌🏻 . https://t.co/iu82tYZyld

Wormhole, via a statement, announced the launch of the token bridge. Firstly, it would be supported only between Ethereum and Solana. Then, the new update will entail the migration of assets from Wormhole V1 to Wormhole V2.

Also, the migration of assets from V1 to V2 will be supported by Saber, which currently has USD 4 billion in TVL.

Solana and Jump Crypto have launched a program for young developers with interest in the Solana ecosystem.

If you're an engineer under the age of 24 who wants to attend @SolanaConf in Lisbon this November, you're in luck! https://t.co/EBv3wRTVNV

The initiative will focus on young engineers between the ages of 16 and 24. Participants will be mentored and have direct connections with the teams of the Solana dApps.

Finally, donations from Solana’s community members are open to every young developer. Notably, the application for the Global Fellows Program will close on October 1st, 2021.

1/8 Welcome to Jet Protocol – the flyest borrowing and lending DeFi experience in the skies. Today Jet Protocol is officially launched on the @Solana Devnet at https://t.co/y3nJaJGLWP. Why are we making a big deal of a Devnet release? Well, there are a few reasons… pic.twitter.com/IH8DG5yQ5s

Jet Protocol noted that users can now borrow against or earn a yield on their crypto-assets. The new venture will also introduce Solana to its improved cross-margining borrowing and lending experience.

Will Barnes, co-founder, and CEO of Jet Protocol lauded Solana for its low fees and high throughput network. According to Barnes, Solana’s solution will help Jet build a protocol with market-driven interest rates.

“We will foster an ecosystem of entrepreneurs to make Jet the best it can be as a front-end interface,” he added.

We’re thrilled to announce the results of the #BuildingOutLoud Hackathon. Congrats to all the winners! 🏆

A big thank you to our hackers, judges, partners, and the Solana India community for making this Hackathon successful. Onwards! #solanaszn https://t.co/Ct5DeSy2gN

Therefore, the initiative was launched to accelerate the growth of the Indian crypto ecosystem. It is supported by Superpumped and Devfolio, among other tech companies and investors.

Finally, the hackathon recorded 3,100 participants and received over 100 project submissions from India. Dassi Finance claimed the grand prize of USD 10,000.

Saber, a Solana-based AMM, has unveiled a BUSD/USDC pool.

We're excited to continue our partnership with @Allbridge_io and launch the first ever BSC-bridged asset pool on @Solana!

Saber’s new pool, which was launched in collaboration with Allbridge, will allow users to trade and supply liquidity for $BUSD directly from BSC.

Since January 2021, the $SOL price boosted its value to 9,276.3% to secure its place as the seven largest token by market cap. 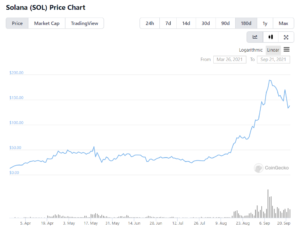 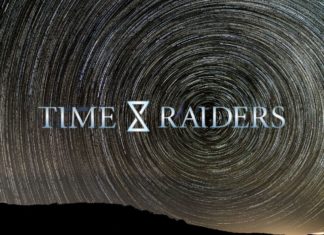 Camille Lemmens - July 19, 2022 0
Time Raiders is your ultimate time travel, shoot & loot NFT game. There, you can travel through time, fight the bad guys and take...

McAfee Knew It Would Happen. And You?