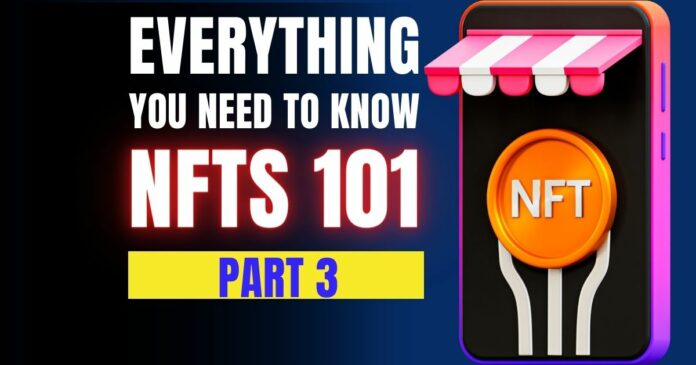 FTX contagion and other macroeconomic factors have severely impacted the NFT market. With many tokens crashing in price, many are left wondering if NFTs have any staying power or if they are just another passing fad.

The icy crypto bear market is only getting colder. And the FTX contagion’s cascading effects are causing damage throughout the crypto industry. NFTs and the NFT market were also affected and lost considerable steam starting earlier this year.

Crypto market insiders and NFT creators are still hopeful of a positive comeback despite the current negative sentiment in the market. Sales have severely weakened. According to DappRadar and Dune, secondary market sales in November totaled approximately $568 million, down from $5.36 billion in January. However the panic selling and price drops of last week may indicate that many collections had reached their bottom.

Will the NFT market recover?

Rebuilding from such a wide-ranging catastrophe could take a couple of years. But the industry WILL bounce back. The technology is new, and currently in its experimental phase. The majority of Web 2.0 brands have not yet jumped on the bandwagon or explored use cases of NFTs that could benefit their business.

Many businesses still view NFTs as playing a role in more prominent trends in consumer marketing – like a shift to the metaverse and partnerships with the creator economy. Moreover, Big Corporations have only begun to see the possibilities of NFTs, blockchain, and smart contracts. It is reasonable to presume that even more well-known companies and celebrities will join in on the fun. The fact that society is rapidly transitioning to a digital economy raises the success rate of NFTs in the global investment market. Web 3.0, the metaverse, and artificial intelligence are terms that are becoming ingrained in our daily lives.

Also, the 0% royalty policy adopted by NFT marketplaces has made NFT flipping more lucrative. In this way, each flip brings in new profits, resulting in a price rise. Some “blue chip” Ethereum NFTs continue to fetch high prices, as evidenced by the sale of two Bored Apes for nearly $1 million each. Meanwhile, a Cryptopunk #8,191 sold for $438K in the bearish market. NFT has boomed and sputtered, but this technology will still play a disruptive role in shaping our future. And the number of investors and sales volume in this space will expand.

When did NFTs start?

The idea that gave rise to NFTs was conceived long before Ethereum existed when Meni Rosenfield published a paper in 2012 outlining the ‘Colored Coins’ proposal for the Bitcoin network. The purpose of colored coins was to define a class of techniques to record and maintain tangible assets to verify ownership on the blockchain. They are identical to conventional Bitcoins but include an additional “token” element that specifies their usage, making them unique and detached. The Colored Coins concept was never realized due to the constraints of Bitcoin. But it did serve as the starting point for the experiments that eventually led to the development of NFTs.

Then, the digital artist, Kevin McCoy, created the first-known NFT “Quantum” on the Namecoin blockchain on May 3rd, 2014. The digital image “Quantum” resembled an octagon that pulses and changes color hypnotically.  Subsequently, there was a monumental amount of research and development on NFTs. Many platforms were created on top of the Bitcoin network. The early era of the Ethereum blockchain’s dominance over NFTs also began.

The Counterparty platform (Bitcoin 2.0) was created and gained popularity as a platform that allowed digital assets creation. Spells of Genesis closely followed Counterparty’s lead and started out as a pioneer in issuing in-game assets.

Then, the introduction of several Rare Pepes NFTs on the Counterparty platform marked the advent of the meme era in 2016. Bitcoin blockchain was never intended to be used as a database for tokens representing the ownership of assets. Thus NFT developments shifted to the Ethereum blockchain.

When did NFT Become Popular?

The Big shift of NFTs to Ethereum was backed up by the advent of a set of token standards, which let developers create tokens. Following the success of the Rare Pepes, two software developers, John Watkinson and Matt Hall created their own generative series of NFTs on the Ethereum blockchain under the name CryptoPunks. This collection later became massively popular and witnessed billions in lifetime sales.

The spotlight was on NFT gaming and metaverse initiatives. And Decentraland (MANA), a decentralized VR platform, was the first to make waves in this domain. It was one of the few vital projects that defined the metaverse.

Then came the launch of Axie Infinity, a revolutionary game that changed the blockchain industry forever. It was so lucrative that many players even quit their day jobs. The Pokémon-style game’s economic opportunities drew users globally. 2021 became the year of the NFT as the demand for and supply of NFTs exploded.

So, one of the biggest triggers of this surge was the profound shifts within the art market and the whole industry when renowned auction houses, Christie and Sotheby, started selling NFTs. This resulted in the sale of Beeple’s Everydays: the First 5000 Days NFT by Christie for a record-breaking $69 million. An enormous transaction from such a prestigious auction house served as important NFT market validation.

Through the PFP NFTs like BYAC or CryptoPunks, celebrities like Eminem and Snoop Dogg have aided in boosting the exposure of NFTs. It has become so popular that Twitter allowed its users to use their NFTs as their profile pictures. Numerous global companies, including McDonald’s, Burger King, Ray-Ban, Coca-Cola, Louis Vuitton, Samsung, Pepsi, and Adidas, didn’t shy away from entering the NFT space.

Can NFTs be stolen?

A human mistake is the most typical method when it comes to stolen NFTs. Unless a hacker has access to your wallet it is difficult to steal NFTs.  Sadly, web3 criminals steal NFTs daily through a variety of scams. Hackers can get their hands on the private keys of a user in a few different ways:

How to report plagiarized #NFTs as stolen art? 🙄

Someone stole your #art and minted it as an #NFT. Here's what you can do about it: https://t.co/hVphejlSYg

Can NFTs be copied?

Non-fungible tokens are unique. Even if you attempt to replicate an NFT, you will produce two distinct ones. Each of these NFTs will have a separate set of attributes. This is why NFTs are so valuable. That said, the underlying works of an NFT can be copied. But most of the time, these works are protected by copyright laws, making them illegal to copy. In addition, copying an NFT’s underlying creation does not grant you access to the utility associated with an NFT’s ownership. 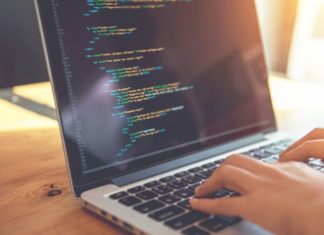 Why Avalanche’s Developers Growth 60% in December 2021?

Victor - January 13, 2022 0
The heart of any project that builds open-source software based on blockchain technology is its developers. This is where the magic happens. An indicator...