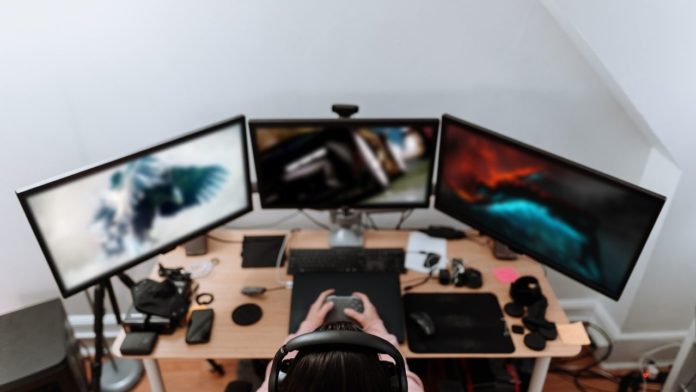 What are the best MMORPG games to play or invest in right now?

An MMORPG is the ultimate multiplayer gaming experience. MMORPG stands for “Massively Multiplayer Online Role-Playing Game.” Some of the most popular games of all time fall in this genre:

The blockchain brings actual tangible value to the activities players carry out in the game. Instead of a pay-to-consume experience, players earn money for their time in the ecosystem. Most MMORPG blockchain games have some sort of NFT and token integration. This is to give players actual ownership over their in-game items, as well as rewards for participating in the ecosystem.

What are the best MMORPG games on the blockchain?

💯We're hitting our roadmap targets one by one and our vision is un-clouded! $CHICKS are coming to change the #NFTGaming world‼️
#PlayToEarn #SOLANA #DEX #CEX #NFT #NFTs pic.twitter.com/unPCtwXui5

Buy a SolChick NFT on Solanart and test it on the battlefield to see who has the strongest. And do this for rewards! Compete in teams in a multiplayer online battle arena (MOBA) style skirmish. You can breed, train, and sell these NFTs on the open market.

Additionally, the $CHICKS TGE takes place on December 13th. The game’s token, still unreleased, will be the cornerstone of the SolChicks ecosystem. Launching soon; get ready to take over the battlefield!

This game positions itself as the next-generation AAA+ browser gaming metaverse. SIDUS sends its players on an intergalactic adventure, pillaging the galaxy. Players can build their own legions with friends and train and upgrade their NFTs to win on the multiplayer battlefield.

The gameplay possibilities in SIDUS are really endless.

And way more. This game is truly one of the most in-depth blockchain games available, not even just as an MMORPG.

Worldwide Webb is a very different game than the others that we have looked at and maybe the coolest.

Worldwide Webb is an interoperable pixel art metaverse. Players can import their favorite NFT projects into the game to play with them as their characters. Current projects you can use as avatars in-game:

Just to name a few. Giving utility to some previously utility-free NFTs brings this game to the next level! Buy land from the Genesis Land sale on OpenSea. Create your own multiplayer community on Worldwide Webb. NPC quests and community events are coming as well.

Mirandus is a beautiful-looking game that enables you to rule over the world you play in. Players rule in Monarchs of 5, and the game gives complete freedom to its players. You can hunt for monsters in the woods or defend your monarchy as a knight.

Let it be known that all who own Mirandus Exemplars on Sunday December 12th at 5pm PST will hereby be eligible to participate in the upcoming MATERIUM PLAYTEST of Mirandus! ⚔️

Prepare ye to be among the first owners of Materium and wielders of power!https://t.co/YNLlQgdBFd pic.twitter.com/QQOEh7AYqa

Players can buy and rent land from one another and set out on their own quest to rule the land. Items are available for purchase on the developer Gala Games’ website. Players can buy pieces of land and choose to create anything from a small, humble farm to massive cities. All choices are in the hands of the players in Mirandus.

Finally, Reward Hunters is a play-to-earn game on the BSC. Still in development, the game will have plenty of cool gameplay mechanics. A battle royale, as well as an open-field medieval setting, is planned, with 1v1 modes as well.

Additionally, Reward Hunters is planning a betting system where players will be able to bet on live championship tournaments within the game. Players can also hold $RHT, the in-game token and largest $BNB reflection token, and gain $BNB rewards. Only $RHT holders will be able to play the game upon release. Don’t miss out; buy on PCS!

I think you've heard of Venandi!

This is certainly a project to watch over the next few months.

Note: Remember always to do your research, make your own decisions, and invest in projects that interest you!

Martin Bilušić - December 19, 2021 0
Polkadot is celebrating an exciting and historic day today. Polkadot's launch is finally complete, after 5 years of research and development and a multi-stage...