The cryptocurrency space has experienced a remarkable price rally over the last couple of weeks. Bitcoin and other top cryptocurrencies were at the forefront of this price rally. With a lot of top attention on such popular cryptocurrencies, it is possible to miss out on other high-flying tokens.

One such token is Zilliqa (ZIL) and its amazing staking program. Bryan Rice, in a recent post, said, “It’s Time to Stake Zilliqa.”

With all the hype around #BTC sometimes it's easy to miss some of the other gems! Check out this article on @publish0x to see how being proactive with @zilliqa has benefits especially until you see the number 772,700.https://t.co/JxZcZ38l5X #Zilliqa $ZIL $gZIL pic.twitter.com/LdVrgBqKeE

Launched in 2017, Zilliqa is well-known for its focus on network throughput and transaction speed. The platform boasts of being able to carry out transactions a thousand times (1,000x) faster than other well-known blockchains.

The blockchain platform relies on an amazing technique known as sharding. Sharding, simply put, involves a process “where transactions are bundled as they are sent to the miners for parallel consensus.” This process of carrying out transactions has been termed to be faster and more secured as compared to other blockchain networks available today.

The ZIL token is the native token of the Zilliqa ecosystem. The token completed its ICO on January 4, 2018. Staking ZIL tokens is supported by several platforms. Some of them include Zillacracy, Atomic Wallet, Frontier, and the Moonlet Wallet. Zilliqa’s fast-growing ecosystem further makes its governance staking token profitable.

Though not as popular as other top cryptocurrencies, ZIL stakers, however, are earning remarkable rewards on their stakes.

The idea behind gZIL issuance is to help the platform identify long-term holders of ZIL tokens. Subsequently, providing them with access to participate in important decision making on the Zilliqa ecosystem. This is quite similar to the DAO structure, where governance token holders cast votes to reach a decision on community projects.

Apart from serving as a governance token, users can also swap the token for other ZRC-2 tokens on the Zilliqa DEX platform. It could also be used to earn rewards when added to a specific liquidity pool(s).

Zilliqa began issuing gZIL on October 14, 2020. The issuance is slated to last for one year. The maximum number of gZIL to ever be issued is 722,700. This is a good way to ensure a form of scarcity for the token.

You can find out more about ZIL staking and gZIL rewards on the Zilliqa FAQ page. Interestingly, ZIL recently rallied to an amazing 94% price gain. This price rally propelled it to among the top 30 positions on CoinMarketCap.

Find out more about Zilliqa on the Altcoin Buzz YouTube channel. 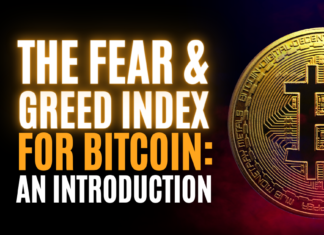 The Fear & Greed Index for Bitcoin: An Introduction

Anurag - August 8, 2022 0
The Fear and Greed Index is a tool that traders and investors can use to analyse the sentiment of the Bitcoin and cryptocurrency markets....

Peter Schiff Loses Access to BTC Wallet. The Community is Having...