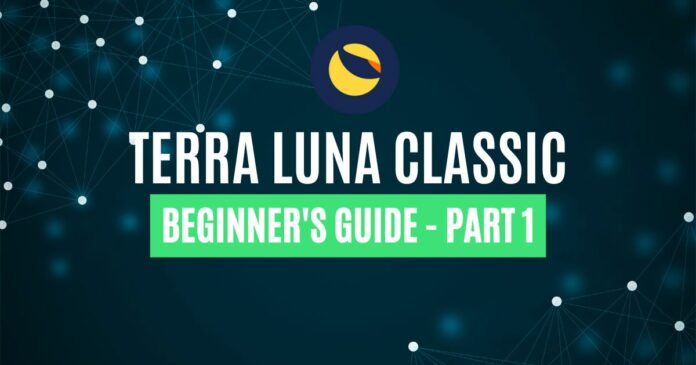 A few months ago, the Terra LUNA network abruptly collapsed. Not only did investors lose billions of dollars, but the implosion also triggered a chain reaction that brought down several crypto titans. One could even argue the Luna Collapse accelerated the advent of the crypto winter.

Following a post-collapse split in the blockchain, Terra Luna Classic (LUNC), the original Terra, was relaunched. Let us take a deeper dive.

What is Terra Luna Classic?

2019 saw the debut of Terra Classic ($LUNC) by Do Kwon’s Terraform Labs. Initially, it was released as a proof-of-stake (PoS) blockchain based on Cosmos SDK and Tendermint, Terra Classic was the previous iteration of the network. $LUNC was a collateral token that bolstered a group of decentralized stablecoins that were a subset of the Terra ecosystem. The LUNC also backed the algorithmic stablecoin Terra ClassicUSD (USTC).

Following Terra’s collapse, Do Kwon presented a plan titled Terra Ecosystem Revival Plan 2 on Terra’s development forum. He proposed to create a new blockchain via a fork and distribute new tokens to community members based on the proportion of UST and LUNA tokens they held. Most validators, or network guardians who have governance rights and validate network transactions, voted to approve the proposal.

On May 28th, 2022, the brand-new Terra blockchain (Terra 2) went live. Parallel to this, the outdated blockchain, often known as “Terra Classic,” was still operational but saw little to no activity and no plans for development on it. After the debut, the new network’s native token took on the moniker LUNA. While the old blockchain is still in use, its token was renamed luna classic (LUNC).

Do Kwon and Daniel Shin started Terra in 2018, and the company debuted its mainnet the following year. Kwon and Shin developed Terra to give users the stability of fiat money while leveraging blockchain technology to make settlements quicker and less expensive than conventional payment methods. These alternatives, according to the two founders, would boost blockchain adoption.

Terra has the backing of the Terra Alliance. The Terra Alliance is a coalition of international e-commerce companies and platforms advocating the adoption of Terra. With more than 45 million clients across all the companies, Terra Alliance’s businesses have an estimated total value in the tens of billions.

#Binance has completed the distribution of the Second Terra ( $LUNA) airdrop for Terra Classic ( $LUNC) and TerraClassicUSD ( $USTC) holders.https://t.co/ZNbp7Fwoi8

What is Terra Luna Classic Used for?

LUNA, the first native token of the Terra network, was the original name of Luna classic (LUNC), introduced in 2018. Its purpose was to act as a twin token to terraUSD (UST), the blockchain’s algorithmic stablecoin, to smooth out any price fluctuations. Luna Foundation designed UST to keep its price tied to the U.S. dollar by creating (minting) and destroying (burning) UST tokens.

When UST lost its dollar peg and collapsed in May 2022, the token plunged into a hyperinflationary spiral when the algorithm that was supposed to back UST generated trillions of tokens, eroding its value by virtually 100%. Subsequently, by the end of May 2022, the token’s value, which was $119 in early April 2022, was less than one cent.

Terra Classic has recently grabbed attention as a consequence of the adoption of a tax burn policy. On September 1, community member Edward Kim proposed a 1.2% tax burn. All on-chain USTC and LUNC transactions across various wallets and smart contracts are subject to a 1.2% fee under Proposal #3568. The proposal calls for burning the tax to turn LUNC into a deflationary token. It means permanently removing some LUNC from the circulating supply by transferring it to a dead address. The burn will continue until the total supply becomes 10 billion.

BREAKING: Proposal #11111 to REPEAL proposal #10983 which mints 50% of all burns is now live for voting on Terra Station. It’s time for the #LUNC community to support #Binance like they supported us. Get out and vote! 💎🤲🏻 #Crypto $LUNC pic.twitter.com/VaYUMIbK5X

The anticipation for the proposal before it went live on September 20 sent LUNC skyrocketing by more than 250% to $0.000594 by September 8, 2022. Binance’s decision to support the idea and put the burn mechanism in place on its LUNC spot and margin trading pairs further fueled the buzz. But the Binance burn mechanism data proved underwhelming as the scheme destroyed only 0.08% of LUNC’s bloated supply, too minuscule to have a lasting impact on the hyperinflated token. As of December 25th, Terra Classic is worth only $0.000145.

Things are not looking good for Terra. Find out if Luna Classic is a good investment and where to buy it in part two of this article series. 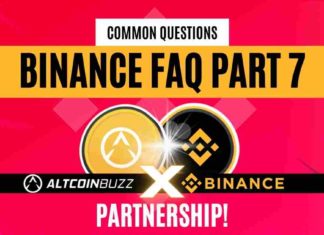 Lawrence Mike Woriji - September 7, 2022 0
In this continuation of our series on Binance, we’ll be looking at Binance’s history. Binance has come a long way in the crypto market....