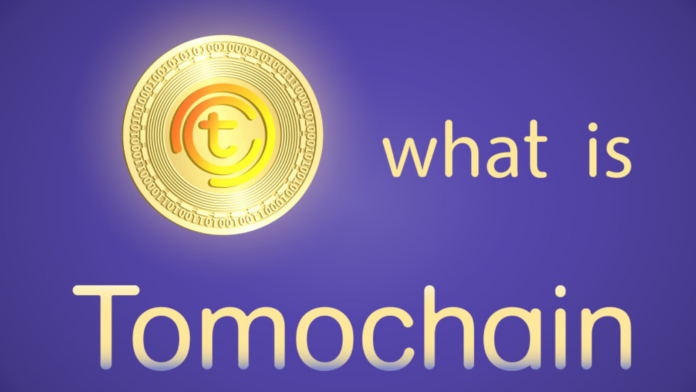 TomoChain is a public Ethereum Virtual Machine (EVM)-compatible blockchain with a PoSV (more on that later) consensus mechanism. It has a 2-second block-time, with 4-second confirmation (due to Double Validation) and near 0 fees, Randomization (to prevent a handshaking attack), and a fair voting system. They have a $28 million market cap (at time of writing), have 55 million TOMO in circulation, and a total supply of 100 million TOMO (according to CoinGecko). Due to its hybrid consensus protocol (PoSV) which boasts over 2,000 TPS and many other reasons, TomoChain has named itself “The Most Efficient Platform for the Token Economy.”

The coin review below is a combination of information from their white paper and sharding proposal found on their website.

The two most popular consensus mechanisms used are PoW (Proof of Work) and PoS (Proof of Stake). While PoW is very secure, it utilizes a lot of energy to ensure that security and is very slow, especially in Bitcoin’s case. While PoS won’t give the same security as PoW but it does provide similar guarantees with very little cost. TomoChain uses a hybrid system (closer to PoS though) called PoSV (Proof of Stake Voting).

There are many similarities to PoSV from other consensus protocols like DPoS (Delegated Proof of Stake) in EOS and PoS in Cardano’s Ouroboros. In this hybrid system, TomoChain utilizes Double Validation to create, verify, and vote for blocks. This is very similar to what EOS does with their block producers with their voting system, although EOS is much more centralized than TomoChain is (more on masternodes later). Also, unlike the Single Validation in Ouroboros, Double Validation with a Randomization mechanism to decrease the probability of having invalid blocks in the TomoChain blockchain.

The main concept taken from PoW is when there is a potential fork branch, in such a case, the longest branch with the most votes is selected and all others are discarded.

In order to run a full masternode you must deposit 50,000 TOMO to the Voting Smart Contract and must have enough votes from Coin Holders to be in the top 150 of all mosternodes (150 is the maximum amount of masternodes on the network). The masternodes in the TomoChain create the blocks and are incentivized with TOMO. Compared to EOS’s 21 block producers TomoChain is much more decentralized and has a much lower probability of a handshake attack (A handshake attack is when a block producer and a block verifier both agree to create and validate an invalid block).
When a block is created, in order for the block to be valid it must have two signatures on it (the block creator and block validator). The block validator is randomly selected from the 150 masternodes. If a block creator and the randomly selected block verifier are both trying to attack the network and the block on its surface appears valid, before the next block is created, another block validator (Double Validation) will ensure the block is indeed valid. If it isn’t valid, it discards the block and creates a new block in its place.

These are everyday users that use the network and own and/or transfer TOMO. These users send their TOMO to the masternode candidate smart contract on the Voting DApp. Coin Holders who vote for the masternodes will receive TOMO in proportion to the amount of TOMO they invested via the ballots.

While the masternodes produce and validate the blocks, the Coin Holders ensure that they are properly doing their job, based on three metrics 1) CPU/Memory charts (workload) 2) Number of signed blocks (work performance) 3) The last signed block (to determine activity). At any time, Coin Holders can unvote a masternode who haven’t performed adequately and can give their votes to other masternodes. Coin Holders are incentivized to maximize their profits through a proper voting strategy. Through this voting process, only the best masternodes flourish.

In order to generate the random block verifiers, each masternode securely creates and encrypts an array of random numbers (which indicate the list of the block verifiers for the next epoch) and sends it along with their public key to a Smart Contract on the blockchain. Once all of the encrypted messages are sent, they are decrypted, and once fully decrypted each node will compute the block verifiers order list using an equation (page 9 in whitepaper).

There are many different ways to scale a blockchain (since at its core all a blockchain is, is an inefficient database), there is Lightning Network for Bitcoin and Plasma and sharding for Ethereum. TomoChain is proposing to use sharding to both properly scale and secure the network. Instead of each masternode storing the entire blockchain, each node only needs to store a portion of it.

While sharding does have some issues, TomoChain does a good job at fraud-proofing it as best it can. For example, masternodes aren’t the only users that can confirm verified blocks are indeed valid. Challengers are non-masternode users that receive token deposits for every invalid block they prove is invalid by sending a proof of invalidation to the root chain.

TomoChain utilizes 150 masternodes to create blocks and secure the network. With sharding, each shard will randomly divide all of the masternodes into 10 or 15 different nodes per shard. In order to ensure network safety, this randomization will occur every epoch (900 blocks).

In a cross-shard transaction (sender is on one shard and receiver is on another shard), the transaction is processed by the sender, their balance is decreased, a lock transaction receipt is created on a block, and is then finalized once ¾ of the masternodes on the shard send their signatures to the root chain for verification. A Proof of Acceptance (Merkle proof of the transaction and finality proof of the block) is then sent to the receiver shard, the receivers balance is increased, and any excess gas is returned to the sender. 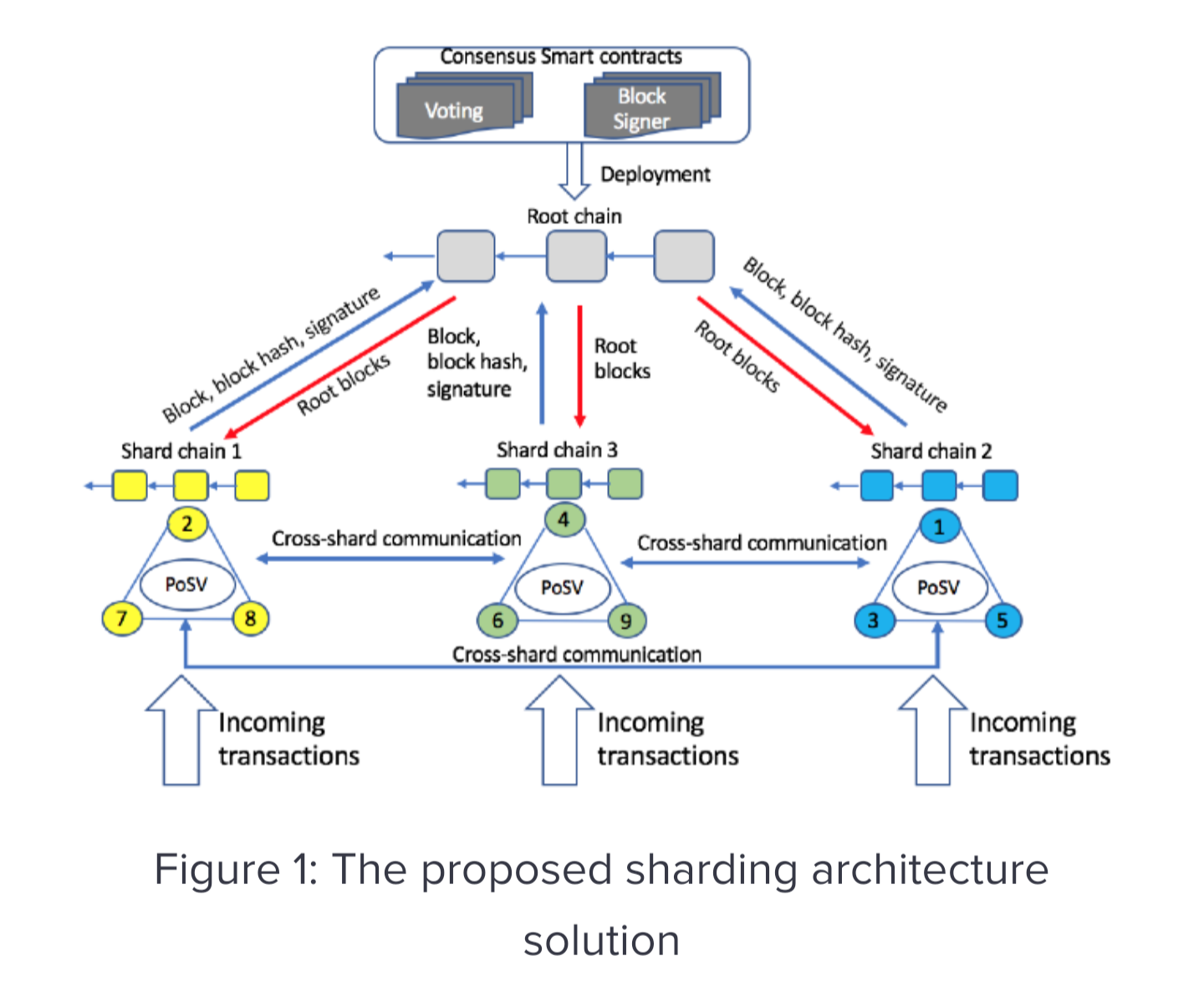 TomoChain is basing itself out of Southeast Asia. They have offices in Vietnam, Singapore, and will be opening an office in Japan by the end of 2018. They have made many partnerships across many Southeast countries and have made contact with Bcrypto, Soft Bank, and Mitsubishi (all in Japan). It is also worth noting, TomoChain is in talks with Binance, Bittrex, Houbi, and OKex to be listed on at least one of those exchanges before their main net launch. 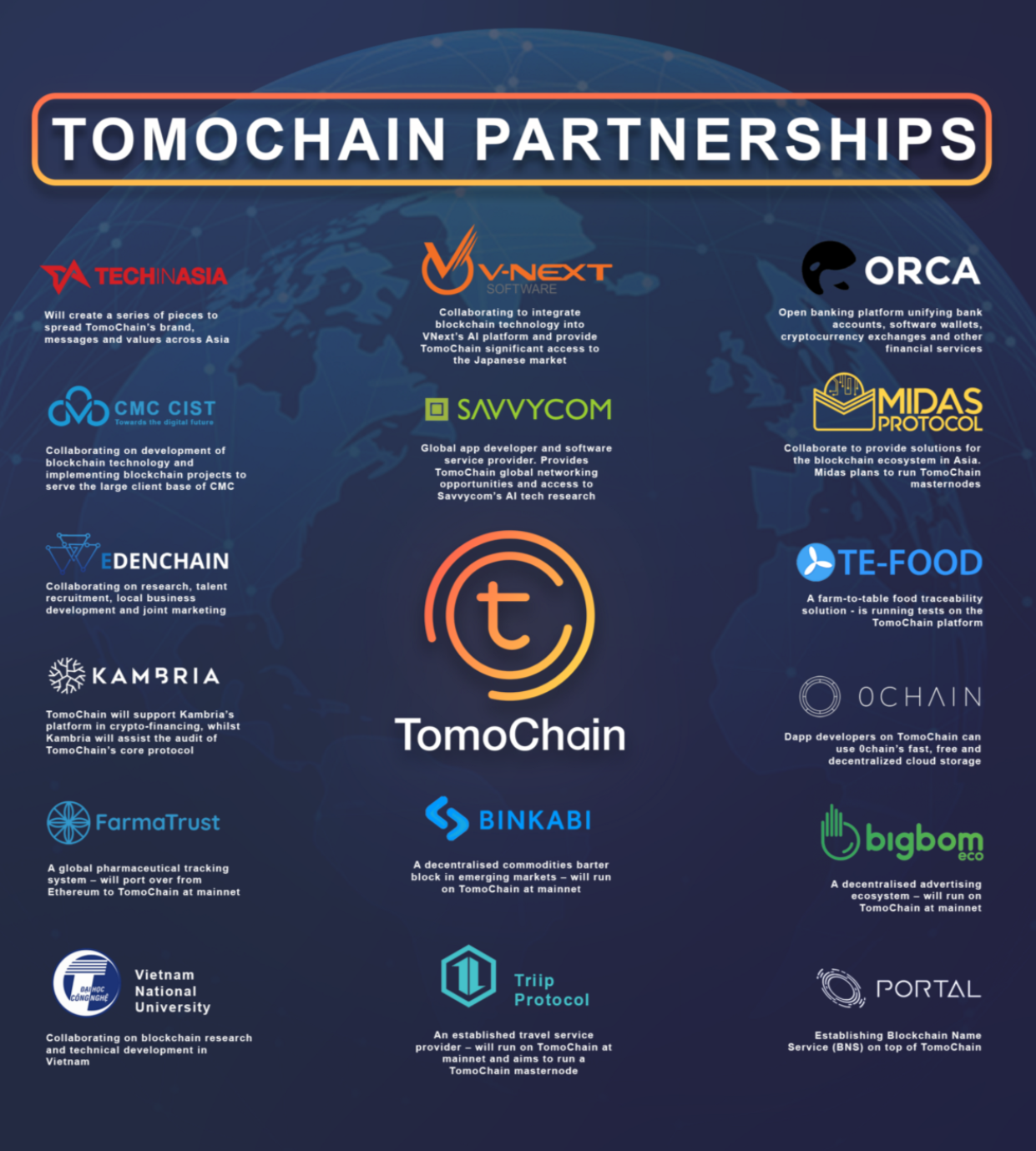 TE-Food is the world’s largest publicly accessible farm-to-table fresh food traceability solution. It was started in 2016, serves over 6,000 customers, and handles over 400,000 business transactions per day. TE-Food is testing the TomoChain ecosystem and is building a DApp on it for long-term success. The benefits of building on TomoChain are that it is EVM compatible, has fast confirmations, low costs, and community support.

The TomoChain main net is set to be released in either late November or December 2018 along with their test net for sharding. To view their roadmap visit their website or look at the screenshot below.

TomoChain is a very interesting project that tackles many important issues like “the nothing at stake issue with PoS” and “obtaining a high level of TPS with decentralization.” This project has a bright future and I look forward to seeing their implementation.

“I think it is important to focus on TomoChain’s own strengths, and look for the ‘blue ocean’ instead. The world is a pretty big place, and startups often kill themselves because they cannot make a desirable product, not because of the competition. At the moment, aside from the core TomoChain platform, we want to focus on a few quality Dapps with use cases that can make a difference. Quality > quantity. I also think our core blockchain solution like the state sharding proposal is of very high quality, and potentially better than multiple high profile attempts at scaling currently. This solution is also very unique to the TomoChain masternodes design, which will remain our competitive product advantage for a long time. There are also several other product solutions in design stages, which also integrate with TomoChain’s overall design. These product innovations are some of the core competencies we have that make TomoChain very unique compared to other big projects.” -Long Vuong, CEO of TomoChain

Full disclosure I do hold a small amount of TOMO. 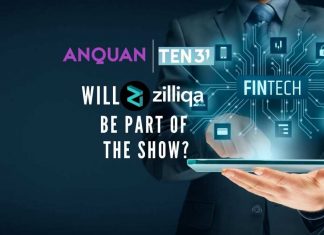 Deepika Garg - May 18, 2020 0
Last week, Ten31, the fintech arm of the German bank, WEG, partnered with the Singapore-based Anquan Capital. Established in 2015, Anquan Capital has been...