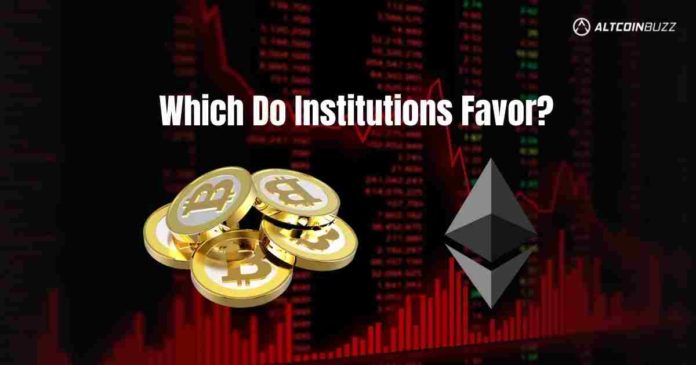 Brad Mills is a renowned investor, entrepreneur, and he hosts the Magic Internet Money podcast. Since 2011 he follows Bitcoin. He is also a Bitcoin Value Maximalist. Recently, he stated that Bitcoin is the obvious long-term institutional trade option. Everything competes with BTC, including ETH and all altcoins.

Furthermore, according to Brad, it’s the end of the crypto bubble. Ethereum faces many threats on its smart contract side. He sees two markets, one for Bitcoin and one for ETH and altcoins. At Altcoin Buzz, we argue against this idea. As you can guess, we love our altcoins. Let’s dive in and see what Brad has to say. And why we disagree…..

Mills argues that the monetary properties of bitcoin are far superior compared to Ethereum. He also throws in all other altcoins. According to him, the market will realize this eventually. He sees Bitcoin completely decoupling from all other cryptocurrencies.

And if you are interested in the other side of this argument that is more pro-Bitcoin, we covered that too and you can find that article right here. We think you’ll get a lot of out of reading both in their entirety.

On the institutional investment front, BTC also doesn’t lead over other cryptocurrencies. MicroStrategy holds over 129,218 Bitcoins as of April 4, according to Bloomberg. BlackRock is the world’s largest asset manager. They have an indirect stake in this bitcoin. They hold a 14.56% stake in MicroStrategy, according to Forbes.

On the other hand, Grayscale’s Bitcoin Trust has a value of over $20 billion. They added altcoins like Litecoin, BAT, or Chainlink to their funds.

Currently, according to DeFi Llama, there’s also $67.39 billion locked in DeFi TVL. That is by no means from retail money only.

Furthermore, VCs like to bet on high-risk, high-return investments. Short-term volatility doesn’t faze them. They look at the fundamentals, they need to be strong. As a result, they raised almost $4 billion in a variety of crypto projects.

So, no Brad, currently, nothing indicates that BTC is about to decouple. Furthermore, institutions don’t put their eggs in just one basket. In contrast, they diversify, and in crypto this means only one thing: altcoins.

The next thing Brad brings up is all kinds of issues with Ethereum. Now, sure, we all know that Ethereum does have its share of issues. Shortly, we will dissect his view on this.

In the meantime, he brings in the $1,200 price per kg of Aluminum in 1800. This was eventually corrected to $1. This of course caused financial ruin for spectators and investors. Those who valued aluminum over gold suffered big time. He now argues that Aluminum was the most used metal during WW2, and still has great value up to today.

He states that Ethereum and all L2s can power the entire financial system. However, he thinks it should still trade below $500 per ETH. Does it come as a surprise that he now compares ETH with Aluminum? No, of course not, every Bitcoin maximalist will do that.

Having said that, he does give Ethereum some credit. So, good on him. He states the following.  “Ethereum’s leaders have built massive network effects regarding the blockchain’s usage. This includes its developer mind share and liquidity that rivals Bitcoin’s.“

The Crypto Bubble Is Over

He continues to argue that the crypto bubble is over. He says the following. “ETH followed XRP, LTC & other alts that did not reclaim the previous cycle ATH in BTC terms.”

He compares everything, except Bitcoin, to a bubble. Besides, that it’s rather condescending, it’s also not true.

Ethereum Problems According to Brad Mills

Time to look at some Ethereum problems that Brad brings up.

Ethereum is still going strong. That’s despite what a Bitcoin maximalist like Brad Mills says. In his defense, he does give Ethereum a little credit. However, he doesn’t seem to look further than the length of his nose if it boils down to Bitcoin. Some of his arguments are non-arguments, and you would expect a stronger case, to make your point.

If Bitcoin hits a $1 million price, it means that BTC does 33x. If Ethereum hits $50,000, it means ETH did 28X. Ethereum, doing 33x, puts it at $60,000. Not unlikely to happen in the next 8 years. This does not indicate the market split as predicted by Brad. Not in a long shot. The bottom line is, both BTC and ETH holders will make profits if they buy now. And they lived together happily ever after. 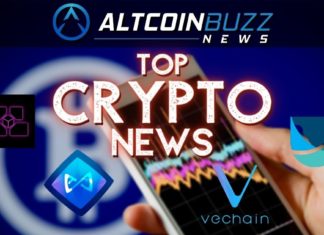 Jeffrey Francis - October 13, 2021 0
Most of the cryptocurrencies are facing retracement while Bitcoin remains strong in the $57k region. Ethereum clings to the $3,400 mark with the fear...

The FBI Is Calling Victims of QuadrigaCX to Come Forward with...