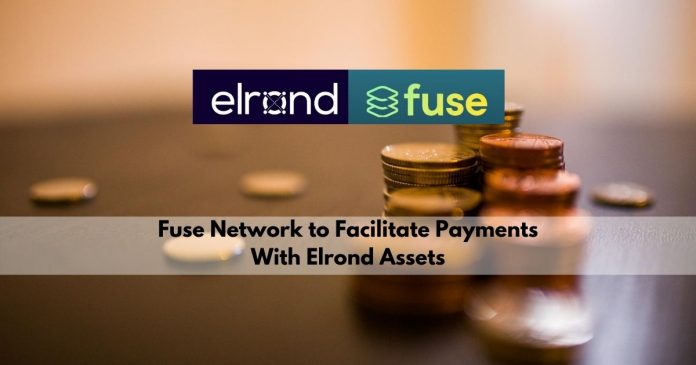 Elrond (ERD) crypto assets will now be accessible on the Fuse Network and can be used for payments, incentives, and even loyalty projects. To facilitate seamless integration of payment systems, customizable payment network Fuse runs a public ledger. The ledger is equipped with an intuitive interface that makes customizing payment systems possible. As well as the use of tokens for payments or as incentives and rewards.

Details of the integration

This partnership is a welcome development to Elrond. For now, the priority is on the smooth integration of Elrond Mainnet with Fuse Network. Basically, this will make it possible for Elrond crypto assets to be accessible on the Fuse mobile app. Subsequently, making it possible for users to manage incentives, personalized rewards, payment amongst several other payment-related functions. This includes payments involving eGLD, BUSD, and all other crypto token listed on the Elrond mainnet.

Build your own payments & incentives using Elrond assets via @Fuse_network 🔥

eGLD and other mainnet assets will be available in the intuitive Fuse product suite and used in business scenarios on a daily basis, creating more value for the ecosystem. 👇🏻https://t.co/EGF3fwFH9w

Speaking on the integration, Beniamin Mincu, pointed out the Fuse Network product suite simplifies blockchain processes. Thereby, making it possible for the average person to make use of blockchain technology. Mincu further added that “this kind of user experience can be a powerful catalyst for Elrond crypto assets to be utilized […] on a daily basis.” For the uninformed, Beniamin Mincu, is the CEO of Elrond.

Known for its fast and cheap crypto transaction across blockchain, Fuse Network operates a public ledger with an intuitive interface. With Fuse Studio, interested persons can create an incentive system with existing assets. Fuse Wallet, on the other hand, provides seamless onboarding experience, real-time verification as well as top-notch customer support.

Fuse is currently in use in several payment scenarios in Spain, South Africa, and Indonesia. Many schools of thought believe it might be useful in bringing to life the much-researched Universal Basic Income solution.

Mark Smargon, CEO of Fuse pointed out that, “The Elrond infrastructure and Fuse network & UX complement each other to form a powerful set of payment instruments”. Smargon, further added that both platforms are majorly concerned with facilitating the global adoption of its toolkit.

About Elrond and Fuse Network

Elrond is a Proof-of-Stake (PoS) blockchain platform looking to become a major player in the permissionless, cross-border, internet economy. Furthermore, Elrond boasts of being able to carry out approximately 10,000 transactions per second (TPS) at negligible cost with 5-sec latency.

Fuse Network, on the other hand, is custom-made to drive day-to-day payments with the only requirement needed is to own a phone. It serves as an inexpensive substitute for conventional cash or cashless payments transactions. The platform also facilitates payment services, loyalty operations, etc. Fuse Network charges a fixed fee of 1 cent ($0.01) per transaction. Apart from this, it is easy to operate thereby facilitating global adoption. 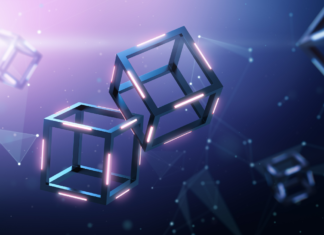 5 Ways to Bridge Tokens From Any Blockchain

Racheal - May 20, 2022 0
DeFi, though still pretty much nascent, has completely revolutionized the blockchain space. However, this sector can also be intimidating and difficult to navigate for...

Buy the HAWK Token in MEXC Exchange in a Few Clicks

What Is An Airdrop?