Polkadot is celebrating an exciting and historic day today. Polkadot’s launch is finally complete, after 5 years of research and development and a multi-stage launch that began in May of 2020. All auction-winning parachains are now creating blocks on the network.

After 5 years of research and development, and a multi-stage launch that began in May of 2020, Polkadot launch is now complete, with all auction-winning parachains currently producing blocks on the network.https://t.co/V40mY3WEwZ

Since November 11, Polkadot has hosted parachain slot auctions. In fact, projects competing for a spot used crowd loans to raise DOT and staked the tokens they got to bid for parachain slots. The first five auction winners were:

All projects are concentrating on:

Now, each project currently has a parachain lease that expires on October 20, 2023.
The launch of parachains on Polkadot is the completion of the initial goal from the Polkadot Whitepaper (aka the Polkadot Paper) in 2016. As explained in the paper, parachains are the final piece of basic functionality. Polkadot’s future evolution is up to its community of DOT holders. And now holders will vote on any future modifications through the network’s on-chain governance system.

Bette Chain is the Acala co-founder. He said after the launch: “We are delighted to be launching Acala’s parachain. It will give a DeFi platform and native, decentralized stablecoin to the Polkadot ecosystem and beyond.”

Dr. Gavin Wood, founder of Polkadot and co-founder of Ethereum stated: “There is no single blockchain design that is appropriate for every use case. Each chain has trade-offs that make it suitable for some purposes but not others. The parachain paradigm was developed with the idea that the future of Web 3 will include many different types of blockchains cooperating. Blockchains must be able to deliver a range of services, just as the present version of the internet does. Parachains solves this.”

Polkadot is a smart contract blockchain that can include up to 100 parachains. Former Ethereum CTO Gavin Wood is founder of Polkadot. The aim was to allow application-specific parachains to communicate with one another. Polkadot’s main central chain, known as the Relay Chain, secures parachains.

In fact, despite the fast expansion of public blockchains, interoperability across chains has yet to develop. Because the blockchain ecosystem is fragmented, sending coins and data between chains presents challenges. Meanwhile, there have been several interoperable bridges developed. But people consider them risky. It is due to their dependence on centralized operations such as token wrapping. 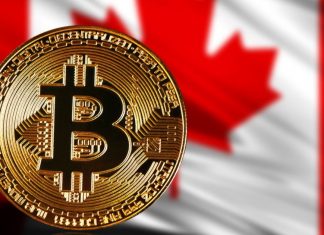 Ifeanyi - July 17, 2019 0
Residents of Richmond Hill, Canada, now have the option of paying their municipal taxes with Bitcoin. This was made possible after the town formed...