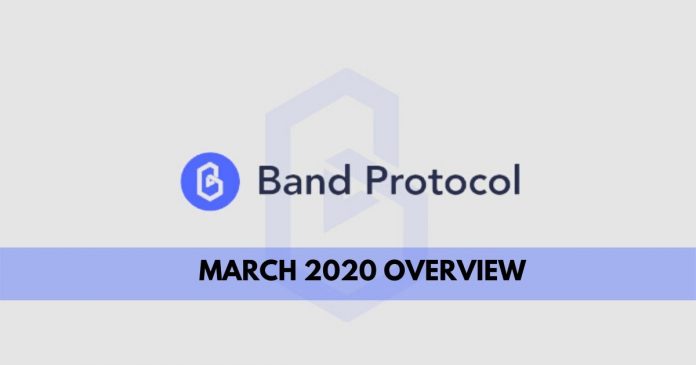 Despite the ongoing onslaught of Coronavirus on economies worldwide, several blockchain and crypto platforms have made notable developments. Band Protocol, the decentralized Oracle platform for Web 3.0 applications, recently announced its progress updates in 2020.

Band Protocol in a blog post threw more light on its activities in March. It mentioned improvements made on its Cosmos blockchain, its testnet launch, and integration with Cosmos inter-blockchain communication (IBC). Other areas where it has marked progress included enhanced Oracle-WASM and block explorer, listing support for EVM blockchains. It also highlighted the preparations for its upcoming virtual hackathon.

In the blog post, the team disclosed that despite global lockdown, the platform remained strong financially. Notwithstanding the challenges of working remotely, all operations went on seamlessly, adding, “We’re proud to share our continued progress well ahead of original milestones in new partnerships, technical developments, and community outreach contingencies.”

The platform announced making further strides since the launch of its phase 0 testnet, Wenchang. According to Band Protocol, its smooth operation indicated it was time for the next stage. So, the platform now planned to run another testnet with all of its initial validators in place. The team has been hard at work to ensure a smooth and secure transition from Ethereum to BandChain.

Alongside Wenchang, the team also launched its phase 1 protocol (Guan Yu) ahead of schedule. The public launch with built-in and customized Oracle scripts was in the offing too. Besides, it added support for EVM based blockchains like Fantom.

Another major tech improvement included several fine-tunings made on its Cosmos IBC standard. With more advanced Oracle scripts on its block explorer, this inadvertently would help improve the cross-chain compatibility of the protocol.

Several errors occurred on its oracle, alongside an unexpected hack on bZx, the Ethereum-based decentralized protocol for margin and leveraged trading and lending. And then March 12 saw one of the worst sell-offs in the history of cryptocurrency. The decentralized finance (DeFi) and Oracle ecosystem was not left out of its ripple effect either.

The entire situation pointed out the huge risk of relying on one Oracle solution. It also reiterated the significance of having bullet-proof and trustless Oracle designs. This could further prove effective for bringing down network congestion issues.

With this in mind, Band Protocol entered into partnerships with several leading validators and top DeFi projects.

In the aftermath of the bZx hack, the team has carried out in-depth research on how to secure their lending protocol. Speaking on the result of the research, co-founder of bZx, Kyle Kistner, contended that “no (single oracle) source is infallible”. This supported the position that having multiple Oracle providers was sensible as it diversified the risk factors.

The platform thus planned to employ a multiple Oracle design that could essentially nullify the risk of a repetition of the bZx hack. This new design aimed to make use of Band Protocol’s remarkable flexibility to refine data aggregation. In the event of disparities in quoted Oracle rates, a circuit breaker would be in place to stop further trades and also safeguard user funds.

Apart from this, the blog post mentioned that Band Protocol had agreed to provide price feeds to more than 175 tradeable synthetic assets on Fantom’s fTrade platform. Also, there was a recent announcement of a partnership with Kava to provide decentralized oracles for its collateral tokens.

Band Protocol’s alliance with AirSwap was set to ensure its OTC platform could trade without third-party interference.  The platform also partnered with institution-grade validators Cosmostation and Stake.fish to enhance network security.

Band Protocol, with Cosmos and Agoric, is organizing a 3-week virtual hackathon on Gitcoin from April 20 – May 11, 2020. The hackathon will make use of the new IBC protocol. It would carry prizes worth $24,500 in ATOMS and BANDS, alongside 3 Ledger Nano X’s.

In a Medium blog post, the platform disclosed the details of the hackathon. The post reads: “Bundle up with fellow blockchain-enthusiasts, developers, hackers, friends, and family during this global lockdown period to be a part of one of the biggest large-scale hackathons of the year!”

In conclusion to its March update announcements, Band Protocol reaffirmed its objective to continue working on and delivering cross-chain compatible Oracle solutions, boosted by top-notch security and reliability. 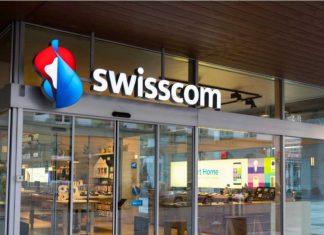 Ani - May 26, 2019 0
Blockchain is finding its feet in the art industry. In a press release, Swisscom AG announced the integration of the app “NOOW” exclusively on...