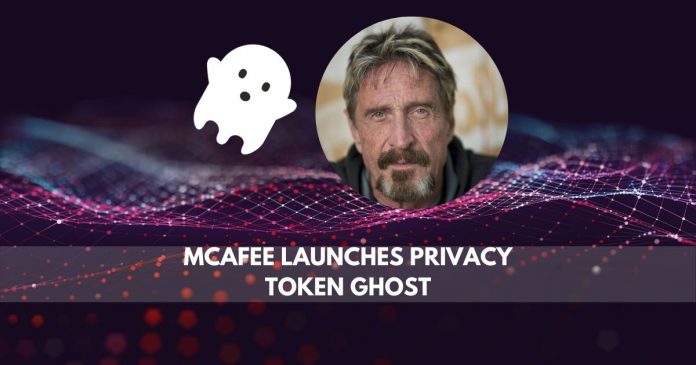 Blockchain and crypto advocate John McAfee has launched a new privacy coin called GHOST. This is quite a milestone for the antivirus guru seeing as the year has gone through many unexpected occurrences.

The global economy has been hit hard by the effects of the Coronavirus pandemic. And it has not spared the blockchain and crypto space either. Despite this, the crypto space has shown its strength and even experienced a rally in Bitcoin price following its infamous 50% drop. According to reports, the Bitcoin price has surpassed that of the S&P500 index by a pretty large margin. In line with this, McAfee, an ardent believer in decentralization and privacy tokens has announced the launch of a privacy token known as GHOST.

Crypto enthusiasts looking to own GHOST, however, need to fulfill one condition. They must first own Switch (ESH) tokens. GHOST tokens, unlike other cryptocurrencies, did not undergo an initial coin offering (ICO). This is because ICOs have performed poorly in recent times. Several other platforms are inventing new ways of distributing tokens. For example,  the dynamic coin offerings carried out by DAO Maker.

McAfee is trying out a new distribution technique for his GHOST tokens, one that requires users to own ESH ERC-20 tokens.

About Switch and GHOST distribution

According to a blog post, 25% of the total GHOST token supply will go to ESH holders. Users will receive 1 GHOST for every ESH token in their wallets. This announcement led to a rise in demand for ESH tokens and subsequently an uptick in the token’s price. McAfee has been a strong supporter of the Switch platform majorly due to its privacy-centered nature and its claim of fair wealth distribution characteristics.

It is pertinent to note that Switch users enjoy a truly decentralized platform without the restrictions of a central governing body and no restriction of KYC protocols.

According to the blog post, GHOST like the name implies is designed to leave no trace of any transaction carried out. With it, users can carry out all forms of transactions across the web with no footprints. According to McAfee, anything short of this is a breach of privacy which will inadvertently lead to a breach in people’s data.

In line with his conviction, McAfee also does not support cryptocurrencies that are under a form of the centralized controlling body. In his own words “they are the weak point” of the entire digital asset space. McAfee is out to ensure users enjoy complete web privacy. Hence the launch of GHOST. The token will ensure web transactions are truly private and also seamless.

Incidentally, GHOST airdrop took place on May 25, while its mainnet is gearing up for launch on June 22.

In its 2020 road map, McAfee disclosed details to launch a mobile wallet app, a bounty portal, cross-chain DEX. Also, there are plans for a P2P marketplace, masternode, encrypted chats, merchants solutions, and account alias addresses. Find out more about how to use the McAfee DEX platform here. 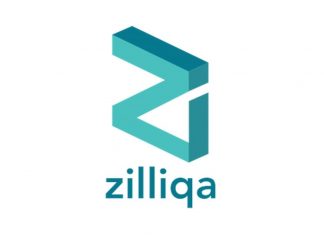 David Abel - May 14, 2020 0
Zilliqa has announced the launch of a new tool named SocialPay. According to reports, SocialPay is a twitter campaign tool through which participants can earn...

Bitcoin Bounces Hard Off $9K: What Happens Next?

Ripple Has Been Hit With Another Lawsuit Claiming That XRP Is...