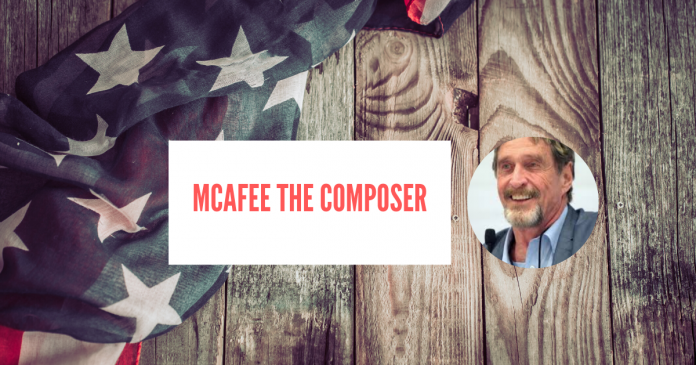 Talents come in many shapes and forms. John McAfee definitely exemplifies this statement.

Just a week ago Altcoin Buzz reported that McAfee has initiated his 2020 POTUS campaign. And the well-known crypto figure is working on it. In a new tweet, McAfee shows off his musical talent. The tweet reads, “I just composed the background music to my fourth Presidential campaign video. It will be about the things I have seen that have been lost in America in my 74 years of being an American.”

I just composed the background music to my fourth Presidential Campaign video. It will be about about the things I have seen that have been lost in America in my 74 years of being an American. pic.twitter.com/5XISnFh2CK

Admittedly, the sound of the tune is rather a sad one. Thus, it is possible to conclude that a lot has been lost. At the same time, it has struck a chord with many Twitter users who called the tune beautiful. One user,@PodcastforBooze, even said that he would like an album from McAfee.

I need an album of McAfee.

Is there any chance for McAfee to win?

While the community has a great deal of respect toward the cryptocurrency hotshot, it is doubtful at best that he could stand a chance to become the next US President. Particularly, because of the fact that he is in exile.

Yet, while his presidential ambitions might turn out to be vain, the same could not be said about his recently launched baby McAfee DEX. The exchange, which is a fully decentralized one and aims to provide its users with a full set of privacy features, seems to be functioning rather smoothly. At press time, the site is fully functional and does not seem to be the target of hacker attacks. This is highly important as in October (right after the platform went live) McAfee DEX had to neutralize multiple DDoS attacks.

If you are into privacy and would like to start trading on McAfee DEX, then check out this guide. 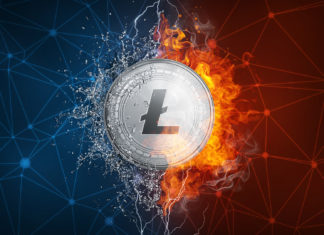 The Litecoin “Flappening” Has Occurred

Garrett - December 16, 2018 0
Some of you may have heard about the Ethereum and Bitcoin "flippening". The "flippening" became a term in the crypto community during the summer...