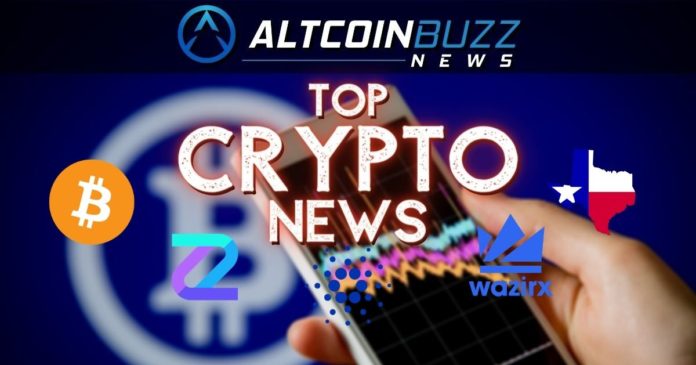 Now let’s take a look at some of the top crypto news stories for the day.

The Texas Department of Banking has announced that state-chartered banks will be allowed to provide cryptocurrency custody services.

“While custody and safekeeping of virtual currencies will necessarily differ from that associated with more traditional assets, the Texas Department of Banking believes that the authority to provide these services with respect to virtual currencies already exists pursuant to Texas Finance Code § 32.001,” the report stated.

Based on reports, the banks will be allowed to choose the crypto custody services to offer their customers based on their own risk appetite, expertise, and business model. For example, the state-chartered bank may only store copies of their clients’ private keys associated with the crypto and allow customers to have direct control over their cryptocurrencies. On the other hand, the bank may have control of customers’ cryptocurrencies. Also, the bank may set up new private keys that it will hold on behalf of customers.

On Twitter, IOHK Media recently revealed that the first-ever Plutus smart contract has gone live on the Alonzo testnet. Plutus is the smart contract platform for Cardano. Basically, this is the first smart contract run on the Cardano network.

Notably, the initial phase of Alonzo includes a limited set of staking pool operators and early Cardano (ADA) enthusiasts. The project has collaborated with different external teams such as Altlabs, Eleks, MLabs, Obsidian, and other partners to work on use cases and to support the platform’s development.

According to reports, the Bitcoin protocol upgrade that makes smart contracts more private and compact, Taproot, has now locked in. This upgrade will be activated in November.

4 – Some Insights on Wrapped BTC

Kia Mosayeri, the product manager at BitGo, shared some insights into Wrapped BTC (WBTC). Firstly, he stated that 13.5% of Wrapped BTC are existing on Polygon (formerly Matic).

He further pointed out that this 25,000 WBTC represents 0.13% of Bitcoin’s circulating supply as compared to the 1.5K BTC found on the Lightning Network. He said this in response to a statement that “wBTC on Polygon is like Bitcoin’s Layer 3.”

5 – 0.Exchange and NFTrade Partner, for IDO and More

0.Exchange revealed they are one of the launchpads assisting with the launch of NFTrade. They are expected to introduce NFTrade to the ZERO Gravity Launchpad within the next few days. Besides, this is expected to grant users access to a $50,000 allocation on Binance Smart Chain.

Alongside an IDO, 0.Exchange will ensure a long-term partnership with NFTrade that allows users to utilize the $ZERO token to farm and earn exclusive NFTs.

At the moment, 0.Exchange provides bridges to Avalanche, Binance Smart Chain, Polygon (Matic), and Moonbeam (testnet). With these connections, they’ll be able to provide an advantageous “deal flow to NFTTrade” in terms of the new NFT-related partnerships and farming opportunities.

“This partnership is one the 0.Exchange team is very excited about — as it’ll bring near immediate additional utility to the $ZERO token and our ecosystem, as well as, helping further our cross-chain story,” the report stated.

According to reports, India’s Directorate of Enforcement (ED) has issued a Show Cause Notice (SCN) to the CEO of Wazirx, Nischal Shetty. In addition, the ED issued a SCN to the exchange’s co-founder, Sameer Hanuman Mhatre. At the heart of the matter is alleged money laundering by illegal online betting applications owned by Chinese nationals.

The notice was reportedly under the “Foreign Exchange Management Act, 1999, (FEMA) for transactions involving crypto-currencies worth Rs 2,790.74 crore [$381.93 million].”

Besides, the ED mentioned that its investigation shows that that the accused Chinese nationals had laundered criminal proceeds worth about Rs 57 crore ($7.783 million). This money laundering was done by converting INR deposits into Tether (USDT), then transferring it to Binance.

The ED said, “The Wazirx clients could transfer ‘valuable’ crypto-currencies to any person irrespective of its location and nationality without any proper documentation whatsoever, making it a safe haven for users looking for money laundering/other illegitimate activities.”

There are also allegations that “Wazirx does not collect the requisite documents in clear violation of the basic mandatory anti-money laundering (AML) and combating of financing of terrorism (CFT) precaution norms and FEMA guidelines.” 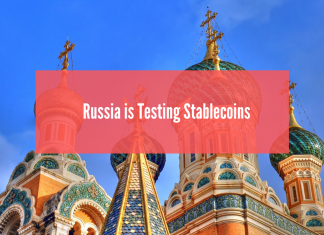 Racheal - December 26, 2019 0
The Bank of Russia has recently disclosed that it commenced the controlled testing of stablecoins.  The testing will take place within the confines of its...

Alert: ‘XRP Classic’ Most Likely a Fake Token According to XRP...