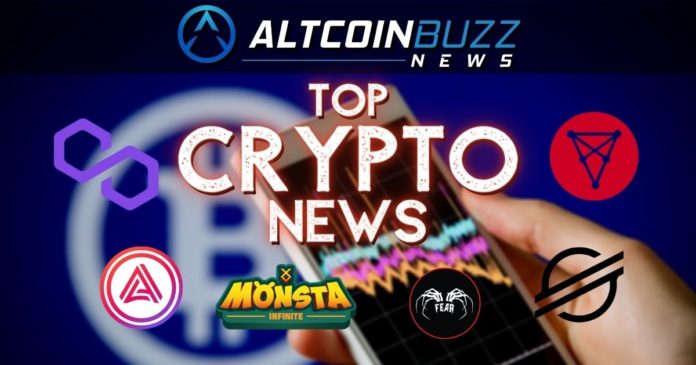 After making a daily high of $55,554, Bitcoin is now trading at $54,154. Meanwhile, altcoins are looking bullish, and the second-largest cryptocurrency, Ethereum, is trading close to $3,582.

Cross-border payment network MoneyGram has partnered with Stellar to bridge between digital assets and local currencies for users. As per the announcement, MoneyGram’s network has integrated with Stellar blockchain to enable Circle’s USD Coin (USDC) for cash funding and payout in local currency.

This partnership helps users to settle funds with MoneyGram in near-real-time. In turn, this would help to expedite the collection of funds, improve efficiency, and reduce risk. MoneyGram is the first money transfer company to utilize blockchain technology for its foreign exchange. In addition, United Texas Bank will act as a settlement bank between Circle and MoneyGram.

RealFevr has integrated with Polygon (formerly Matic) chain to enhance its ecosystem. Moreover, RealFevr launched a football P2E mobile game that currently has over two million downloads. The $FEVR token is the fuel of RealFevrs’ ecosystem and is also used as a currency for its NFTs marketplace.

With this integration, users can enjoy the $FEVR token directly on Polygon. In addition, Binance Smart Chain (BSC) would remain the base layer of the RealFevr digital collectibles. Polygon is known as Ethereum’s internet of blockchains that develops and joins Ethereum-compatible networks. Consequently, this will help RealFevr to enjoy Polygon’s faster speed with low transaction costs while attracting a new user base.

We are delighted to share that you can now use $FEVR on @0xPolygon! 🎉

With the addition of liquidity in @Polygon, we aim at addressing the total #MATIC market, which is currently the most ascending ecosystem in the world. 🚀

São Paulo Club has announced the launch of its first blockchain-based fan token. This was accomplished by São Paulo partnering with Socios.com to launch its SPFC fan token on the Chiliz blockchain. Moreover, São Paulo is one of the most successful clubs in Brazilian football history and is the first team to win six Brazilian championships. Impressively, it is the only team to have won three consecutive titles.

As per the announcement, the SPFC token will empower fans with unique digital and exclusive club-related content. In addition, the token holders can enjoy VIP rewards and get access to voting rights in polls. Recently, Atlético Mineiro, Corinthians, and Flamengo also launched their fan tokens. Hence, São Paulo now becomes the fourth Brazilian team to launch its fan tokens for attracting new fans and offer rewards.

🇧🇷We are thrilled to welcome @SaoPauloFC as the latest football team to join our family.

In order to participate in the Acala Crowdloan, users have to follow a few simple steps:

Notably, by joining through the waitlist referral link, users can earn up to 10% extra ACA bonus. Users can book their spot in this Crowdloan from here.

We're gearing up for the Acala Crowdloan, an exclusive event to contribute DOT and earn ACA.

Learn more about how you can get ready with our Crowdloan Checklist. https://t.co/WK1KVjPUzV

Monsta Infinite has declared the launch of its wallet registration begins on October 12, 2021. Moreover, this is an inventory wallet built on its sidechain for providing a platform to store in-game related items.

Monsta Infinite is a decentralized game universe where users can earn tokens through playing the game competitively or for leisure. Recently, the team also launched the MONI-STT Liquidity Pool for the long-term sustainability of the project. Hence, this initiative will entice more gamers.

Heads up, the Monsta Wallet Registration Feature will be available to the public on the 12th October 2021🎉

It is an inventory wallet built on our sidechain, providing a platform to store all in-game related items.#NFTGame #Monstastonk pic.twitter.com/SexiArI2jn

In the last bit of crypto news for today, we have Fear launching its first 3D action horror game, named Araya, on the blockchain. As per the announcement, this game will come to the Fear ecosystem with Mad VR Studios in the near future.

This is an innovative game where players can explore and solve the murder mystery of Araya. In addition, gamers will get the opportunity to earn Fear tokens after clearing various checkpoints. Notably, the full game experience and play-to-earn option will be available exclusively for Fear token holders. Overall, gamers can enjoy the Araya Alpha experience by downloading through this link.

The first-ever traditional FPS horror survival game with millions of existing views, plays, and downloads on steam has launched under the $Fear eco-system. 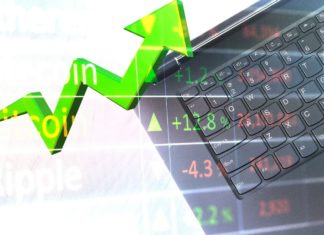