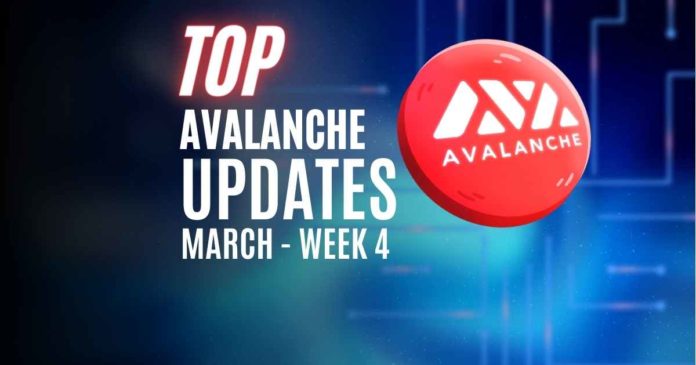 2022 has undoubtedly been Avalanche’s big year. The platform is among the slim list of blockchain platforms to have enjoyed relative stability amidst the market’s fluctuations. In addition to welcoming multiple DeFi projects, Avalanche has also seen its user base climb the ladder since the year began.

Altcoin Buzz covers key weekly events from Avalanche’s community. Also, the scalable blockchain platform recently concluded its Summit in Barcelona as well as welcoming new projects to its ecosystem. Here are some updates from Avalanche during the fourth week of March.

Avalanche Summit Wraps Up in Style

The Barcelona-held summit was the most anticipated crypto event for Avalanche users. Several stakeholders in Avalanche’s ecosystem attended the event and made key decisions for the DeFi space. Also, the hackathon, which was held on Friday, was the highlight of the event. Over 250 hackers participated in the hackathon, with 56 projects submitted. Avalanche dished out about $200k in prizes. At the end of the event, Avalanche welcomed new developers into its team of builders.

During the 3-Day #AvalancheSummit Hackathon, over 250 builders pushed their limits to create impressive projects themed around subnets, DeFi, gaming and tooling.

Check out the recap photos and prize winners from the Mainnet stage 🛠️https://t.co/IqXEaf1Vmi

MyStandard has announced its plans to launch on Avalanche in Q2 2022. The platform is an employment app aiming to enable job seekers to find roles while staying in control of their data. MyStandard has a two-sided employment market that enables employers to approach talents directly. Unlike on Web2 platforms, users have absolute control over who they share their info. MyStandard stands to benefit from Avalanche’s speed and cost-effective mode of operations. Furthermore, the employment app received support from the Avalanche Foundation.

.@MyStandardDotIO, the long-awaited employment app launching on #Avalanche, allows users to retain full control of their data and profit from sharing their information with potential employers.

e-Money, a blockchain payment company, has announced its plans to introduce its fiat-pegged European stablecoins to Avalanche’s ecosystem. The Danish firm will bring its suite of fully-backed interest-bearing stablecoins to Avalanche users, granting them the ability to trade e-Money’s range of stablecoins such as Euros (EEUR), Swiss francs (ECHF), Norwegian krone (ENOK), Swedish krona (ESEK), and Danish krone (DKK) (EDKK).

e-Money’s digital currencies will bring a series of benefits to Avalanche’s community. For example, European businesses will be able to participate in DeFi on more favorable terms. Additionally, everyday users will be able to make transactions promptly without fear of price volatility blowing out their profits.

Canadian singer-songwriter Grimes was one of the high-profile speakers during the just-concluded summit in Barcelona. The singer who spoke remotely announced her plans to launch an intergalactic children’s metaverse book. Grimes added that blockchain’s prospect of changing the world was one of the lures that brought her to Web3.

The Avalanche Foundation and NFT platform OP3N collaborated to launch Culture Catalyst, a $100 million initiative. The project aims to support Web3 entertainment projects by singers, actors, and other creators. Reacting to the project, Grimes said, “When I first got into Web3, this was the kind of project I was hoping to see. I’m very excited to be partnering with OP3N to launch a series of educational art for babies and small children with the goal of creating a profound experience for babies that is also deeply meaningful to adults.”

The metaverse children's book from @Grimezsz is the kickoff of Culture Catalyst, the $100M initiative led by Avalanche and creator platform @OP3Nworld_ that will focus on funding Web3 entertainment projects from musicians, filmmakers and other artists. https://t.co/7VADZXF7bG

Aurora NFT is one of the newest members of Avalanche’s ecosystem. The utility project announced its official launch on the Avalanche mainnet (c-chain). Aurora intends to enable game developers easily manage and create game inventories. The platform supports the creation of multiple in-game items and currencies. Furthermore, Aurora aims to create several income streams for its users. Also, the platform plans to hold its pre-sale on April 16th, with 5% of proceeds donated to Ukraine.

Launching Avalanche’s network gives Aurora the right environment to scale its product. The utility platform would leverage Avalanche’s speed and low cost in building its community. 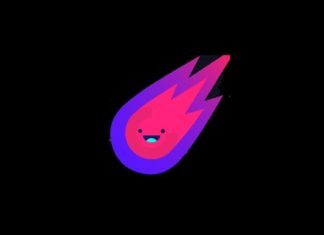 How To Use The Comet Wallet

Ruma - November 30, 2021 0
The Comet Wallet is a pretty simple browser extension wallet that allows users to connect with the VeChain network and interact with their dApps....

Get Spark Tokens For Free! Get Smart!