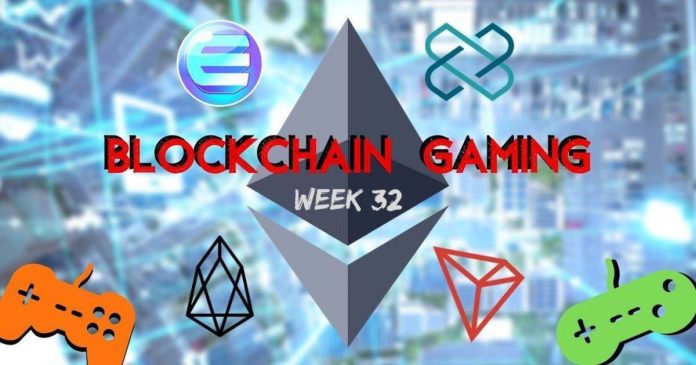 Bringing you a round-up of the past week’s most important news from the blockchain gaming space. Many exciting new partnership announcements were made this week.

0xGames. a game studio with over 10 years of experience in game development and blockchain, partners with Arkane to bring about improvement on user experience in blockchain gaming.

Cryptant Crab
Cryptant Crab is hosting a tournament with a 32Eth prize pool from August 26, 2019, to September 5, 2019. An advanced guide for players to prepare for the tournament has been made and more prizes have been added to the Battle Arena as well.

Gods Unchained has released a balance update on 6/8/2019 in discord and also game updates and card changes in their blog. Also, Fuel games have undergone a name change to Immutable and will have a new company website. Gods Unchained has also unveiled their new game director, Chris Clay, who has worked previously for Magic The Gathering as their game director as well.

Hedgie is the official sponsors of the Futurist Conference and you can meet the Hedgie team in Toronto on August 13 & 14.

The duration for ITAM & Dark Town page share event has been extended till 5/9/2019. Week 2 of ITAM platform updates have been released too.

NyanCat
75% discount on cats has ended and the current discount of 50% will end on 9th September. The beta version of NyanCat has been released as well.

Rhovit
Rhovit elaborates more about how ownership of items on Rhoam will bring more entertainment value to the platform.

Ugretia
Ugretia and Jplay will be co-launching Football King which will be the first 3D blockchain soccer game in the world.

Unikrn
The Unikrn wallet now accepts Bitcoin, Ethereum and many other coin deposits and users will be able to automatically convert them to UnikoinGold. UnikoinGold can be used for eSports betting, shopping and many more on Unikrn.

That’s a wrap for this week!
If you want a blockchain gaming platform to be on our radar kindly email us at [email protected] with the relevant information and we’ll be sure to keep an eye out for it! 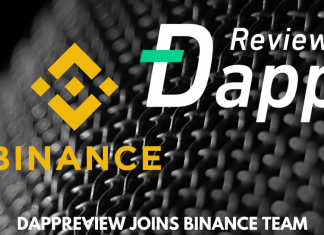 Natalia - December 3, 2019 0
Binance has purchased the DappReview analytics platform. The purpose of the agreement is to boost the spread of crypto around the world. The popular cryptocurrency...

A Gloomy Day for XRP. BITBOX Delists it