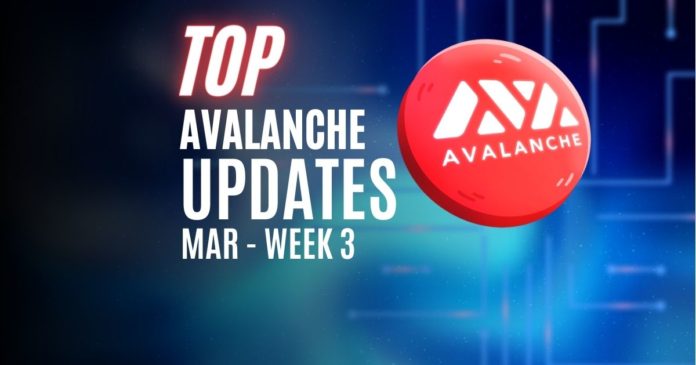 Avalanche has enjoyed a blistering performance since the year began, and March has been one of its best months. To increase its userbase, Avalanche welcomed multiple new projects and struck a series of partnerships to further its community.

As the Avalanche community prepares for its Barcelona summit in a few days, the scalable blockchain platform recently witnessed some updates. Here are some of the key events that took place on Avalanche during the third week of March 2022

Defy Trends, an AI-powered analytics platform, announced its plans to expand to Avalanche. The platform, which uses 1M+ sources of data, will offer its users a chance to earn from their research contribution and learning about crypto. To evaluate sentiment, Defy Trends uses both on-chain and off-chain data, including monitoring viral social media channels like Reddit and Twitter.

Imge Su Cetin, CEO of Defy Trends, noted that the platform chose Avalanche’s network due to its fast contract and low fees for its users. He said: “is attractive for our users, as our audience is mainstream crypto adopters who are looking for tools that can be used in a simplified way, at low cost.”

Finally, Defy Trends is currently accepting beta testers. The project will be completely operational at the end of Q2 2022.

.@Defy_Trends, an AI-powered analytics platform and research hub with 1M+ sources of data, is expanding to #Avalanche! Users will soon be able to earn rewards by both contributing their own original research and learning about crypto subjects.https://t.co/p57KWy53I5

Avalanche announced its Multiverse initiative last week, and several projects seem interested in the scheme. Wildlife Studios is one of the world’s foremost game developers. The gaming platform announced plans to branch into Web3 gaming by launching on Avalanche. As a result, players of its hit game, Castle Crush, will enjoy a series of benefits and opportunities.

Also, one of the product directors at Wildlife Studios, Fernando Sette, explained why the game developers chose to launch on Avalanche’s network: “The high performance and deeply customizable nature of Avalanche has removed the obstacles to making Web3 games that excite, intrigue, and engage our players.”

Wildlife studios will capitalize on Avalanche’s features to improve the overall gamer’s experience. Castle Crush players can now use trade and sell cards and earn from them. Ava Labs President John Wu believes subnets would advance blockchain gaming, and Castle Crush will be a prime example.

.@wildlifestudios, one of the 10 largest mobile game developers, is joining the #Avalanche Multiverse program and expanding into #Web3 gaming on its own subnet! @playcastlecrush players will soon be able to use, trade and loan card #NFTs, and earn tokens.https://t.co/Kcg7gLa8pk

In a recent announcement on its Twitter page, Steakwallet announced that its users can now natively liquid stake AVAX via BENQI and gain access to AVAX staking rewards. Steakwallet is a mobile version of the next-generation multi-chain self-custodial Web 3 wallet. The platform aims to provide its users with a single location to manage all of their assets across chains.

Also, Steakwallet claims to provide better economic security for Avalanche since its users can stake in a few steps. In addition, the platform noted that users who stake AVAX would help secure the PoS Avalanche network while using their sAVAX to participate in the DeFi community.

The Avalanche Summit is only a stone’s throw away, and several projects are fully prepared to participate in the experience. Lost Worlds is introducing NFTs to the Barcelona summit in a unique way. The platform said it has teamed up with over thirty well-known AVAX projects to disburse over 900 NFTs. Moreover, Lost Worlds aims to utilize location-based NFTs to highlight the current progress on Avalanche’s network.

Avalanche projects will disperse NFTs across different locations for users to mint. Additionally, users can mint these NFTs during the summit. Finally, some of these NFTs can be like redeemable vouchers.

We've partnered with 34 of the best #AVAX projects in the space gifting NFTs, tokens, merch & more that attendees can mint IRL at the Poble.

Above all, for more cryptocurrency news, check out the Altcoin Buzz YouTube channel 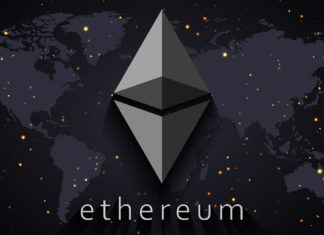 Romel - January 3, 2019 0
New players are entering the security token ecosystem every single day. Ethereum just joined the playing field as they reveal a suite of security...