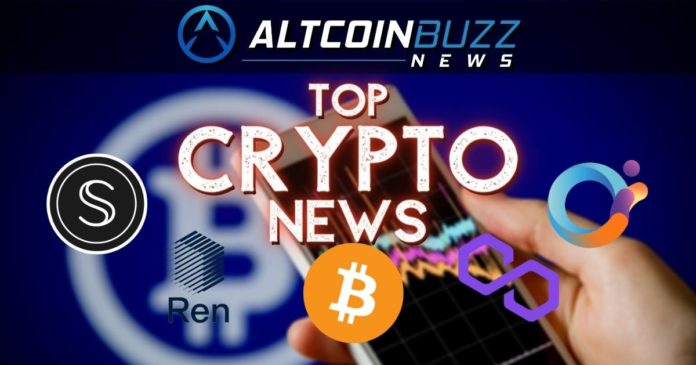 According to reports, El Salvador’s Ministry of Finance and Ministry of Economy are on the issue to find a resolution. They have also been working with the country’s Ministry of Labor and Social Welfare.

However, Rolando Castro later said in a tweet that his department was not looking at BTC for salary payments. He said, “Monetary issues fall under the economic cabinet, and I’m not part of it.” There is ongoing discussion of not requiring companies to pay in Bitcoin but, rather, have the option to do so.

Orion Protocol has announced that Orion Pool will be live on Orion Terminal within the next week. This development reportedly brings up the opportunity of setting up a single UI for trading, governance, staking, and swapping.

On June 22nd, #OrionPool will be live on #OrionTerminal, creating a single UI for:
✅ Trading
✅ Swapping
✅ Staking
✅ Governance

Orion Terminal will reportedly be the first trading platform that allows decentralized access to CEXes alongside swap pools on the same platform. They will also move orders to the liquidity source that has the best price.

In addition, pre-staking and Orion Pool will commence on both BSC and ETH, but more chains will be added. Currently, there are plans of integrating HECO, Fantom, Cardano, Polkadot, and Avalanche.

Ren Protocol announced the BTC stable pool on Polygon, in collaboration with Curve Finance. Clients can use the RenBridge to move BTC to Polygon as renBTC, which is then deposited into the Curve BTC pool.

Excited for the first BTC stable pool on @0xPolygon in collaboration with @CurveFinance!

To enhance the yield potential of BTC products that are on Polygon, the pool will utilize Aave for extra yields on WBTC.

Michael Burgess, the COO at Ren, said, “We are happy to continue to pioneer this functionality with Curve as it provides crucial infrastructure for all of DeFi to thrive. Curve is one of our favorite applications in DeFi and an impressive technological feat for the Automated Market Making (AMM) space.”

Secret Network, a blockchain with smart contracts that has data privacy by default, announced the Secret BSC Bridge has gone live.

NEW: The Secret #BSC Bridge is finally LIVE on mainnet! 🚨

BSC users can now get programmable privacy for their assets and leverage the Secret #DeFi ecosystem for privacy, yield, and more.

Learn about the bridge & some upcoming secret opportunities 🤫👇https://t.co/tdqJsiXSMn

This move reportedly gives BSC users “transactional privacy” and “programmable privacy” for their assets. Also, they will be getting access to Secret DeFi opportunities which include staking $SEFI (with 72% APY) and earning Cashback ($CHSBK) for swapping and exchanging Secret tokens. There are also plans to announce more $SEFI pools for BSC users. 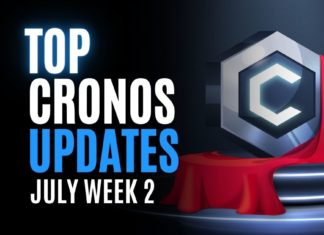 David Abel - July 13, 2022 0
The Cronos Chain ecosystem has several weekly updates. Accordingly, Altcoin Buzz covers the updates from the second week in July to keep readers informed. In this week’s...

Why is China Banning Cryptos?