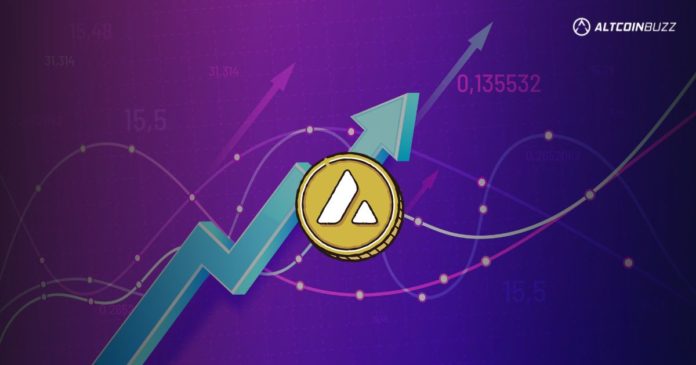 Decentralized finance protocol, Vector Finance, has expanded its staking offerings. The new pools are of particular interest to AVAX holders as they offer potentially huge yields.

In late April, Vector Finance announced new Avalanche staking pools with four-figure returns at the time. Therefore, in this article, you will discover how you can take advantage of Vector Finance with your AVAX tokens.

Note: the pools have been provided by the stableswap platform Platypus DeFi. Platypus is a single-sided liquidity provision platform also on Avalanche.

Ready to stake? Our new sAVAX pools from @Platypusdefi are now live.

You can now deposit $sAVAX or $AVAX on https://t.co/9J1MZv2O4L and take advantage of our boosted $PTP yield, plus rewards of $QI from @BenqiFinance, and bonus $VTX!

A short 🧵 on these new pools. pic.twitter.com/UaiE0wlraF

Vector Finance touts itself as the “best yield booster on Avalanche.” Furthermore, these new pools offer additional rewards beyond those from just staking AVAX. Since sAVAX is liquid, it is like owning AVAX while also being staked at the same time, Vector explained. When staked, sAVAX grows by around 7.2% annually.

2. Deposit sAVAX tokens on Platypusdefi: Since it is liquid, it can also be used in DeFi platforms such as Platypus. The two tokens are not equal because sAVAX increases in value so will always be worth more than AVAX. Platypus provides pools enabling users to easily swap between AVAX and sAVAX.

Additionally, stakers can also earn rewards in their native token PTP and QI from Benqi Finance. Vector has taken things a step further making it extra attractive by adding VTX rewards to the mix.

Vector Finance had $414 million in total value locked at the time of writing this article. Its primary VTX staking pool was yielding 17.3% APY with $6.4 million in TVL. Furthermore, the majority of the collateral locked comes from Platypus pools with stablecoin pools holding the lion’s share.

4. Mint sAVAX: The liquid-staked sAVAX tokens can be minted on the Benqi Finance platform by converting your AVAX. More info here.

5. Trade AVAX for sAVAX: Because AVAX is slightly lower in value than sAVAX, users can trade between the two for marginal gains. You can get 1 sAVAX and get 1.01 AVAX.

6. Deposit sAVAX/AVAX to get QI, PTP, and VTX tokens: Mint sAVAX on Benqi Finance and trade them on Platypusdefi or TraderJoe.

AVAX went down 0.3% on the day and is currently trading at $59. However, the token has been in a steep downtrend over the past month or so along with crypto markets. AVAX has lost 38% over the past month and is down 58% since its November all-time high of $145.

Finally, the PTP token is also up 4.5% today to trade at $1.34. Meanwhile and the QI token is currently trading at $0.031 according to CoinGecko.