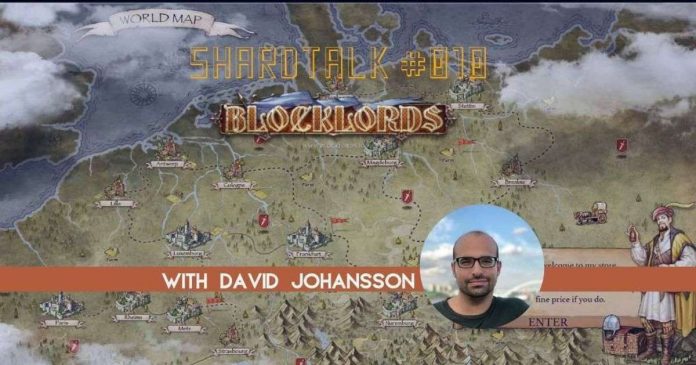 We’ve hit a cool milestone of 10 interviews completed. And we strive to connect you to more people in this space! In this 10th piece of ShardTalk, we have David Johansson, CEO & Creative Director at Arctic Seascape to share with us more on Blocklords.

The interview
Q: How big is your team currently?

David: Our team has grown quite a bit in the last few months. For instance, we employed a couple of programmers and an artist. Seven of us work full-time on the project, while others are part-time workers or freelancers. The entire team has a lot of experience in game development. Over the last year, we have amassed a lot of experience in blockchain development as well.

Q: How has Tron helped in the initial development of Blocklords?

David: TRON helped us out during the crucial part of development. In January 2019, they granted us the TRON ACCELERATOR award. The game was nearly done at that point. But it still needed a few months of polishing work, which these funds made possible. Following the release, we also teamed up with the TRON ARCADE, which provided a lot of data and user insights from the TRON marketing team.

Q: Would you like to explain a little about Gen-0 items and Gen 1 items?

David: The game launched at a fairly high price. It was necessary because of the low amount of blockchain gamers in the current bear market, so we knew we needed to provide additional value for the players who believed in us at this early point. We, therefore, decided to make early generation items a lot more valuable, both in-game and in crypto. Gen-0 items are quite limited in quantity but will have powerful effects in basically all aspects of the game.

Later, when the forge feature is introduced where players will be able to craft their own items, burning Gen-0 items during this process will increase the quality of the item and have a higher chance of crafting limited edition items. This way, the early generations should keep a higher value than later ones that will be available to new players.

Q: Can you share some of the unique features Blocklords has?

David: Though still quite simple, Blocklords is by far the most complete blockchain game on the market. It has the most game features. But we aren’t satisfied with this. We will keep pushing the limits of blockchain games with every update. Some unique features are the tax system, where players earn a cut of all in-game market sales if they are lord.

When the 2.0 version comes out, there will be many unique features that aren’t available in typical strategy or blockchain games. We are creating something brand new here that has never been done before.

Q: Is Blocklords F2p and what are some ways in which players will be able to earn money in-game?

David: Currently the game is not free and runs on a fee-based system. When the game launches on the Ethereum platform as BLOCKLORDS 2.0, the game will most likely be f2p for new users. Players will be able to earn profits by acquiring rare items and selling them on the market, amassing resources, becoming lord, earning taxes and so on.

We will also be adding a bounty system, where powerful players can offer bounties to weaker ones if they attack some common enemy or perform certain tasks. This will drive the in-game economy further!

Q: What made you pick NEO as the 2nd blockchain to integrate Blocklords to?

David: Our choice for the early blockchains was mainly due to us winning competition and prize funding from them. Working with NEO was also quite convenient because they are also based in Shanghai and were quite supportive of our project. The NEO community has also been a great source of feedback during our beta and launch periods.

Q: Are there any updates you will be able to share with everyone?

David: Yes, now that we are preparing the launch to Ethereum we have decided to make the game bigger and better than ever before. The first step was crafting NFT heroes that can be traded on exchanges outside of the game. This is quite significant since heroes have previously been tied with your entire gamer account.

This means that players will be able to essentially trade accounts like in the early days of WoW. We will also be experimenting with sidechains such as Loom. We want to bring the best user experience and transaction speed possible to our players. Plus, a lot of in-game features such as a bigger map, strategic battles, troop deployment, family dynasties, Lady NFTs, base building, resource farming and much, much more!

Q: What are some goals you have for Blocklords?

David: Our first step is to become the best game in the blockchain game industry, specifically in the strategy game genre. As we reach that goal, our focus will change to appealing more towards traditional strategy gamers with the game itself and convince them to try a crypto game for the first time.

Long-term our goal is for Blocklords and our future games to become a top user acquisition tool for blockchain, smart contracts, and cryptocurrencies as a whole.

David: We love getting feedback from our community, and are very open to suggestions and advice. The TRON and NEO versions are available today, so you can already check out our first iteration of the project and see if you think we are on the right track. As we prepare for the Ethereum launch, we really think this will take the project to the next step, not only for our team but for blockchain games as a whole.

The best way to find out more about our project is to visit the website, watch our videos, read the white paper and join our Telegram. We’ve partnered up with DGaming for a limited edition sale too this week, so if you want to get your hand on the first edition of limited edition NFT heroes, now is the right time!

David has provided very amazing and in-depth responses in this interview. They are super active in game development and communication with their community too. Their Ethereum launch will be massive with lots of new features released. If you are a fan of strategy games you definitely need to check out BlockLords. 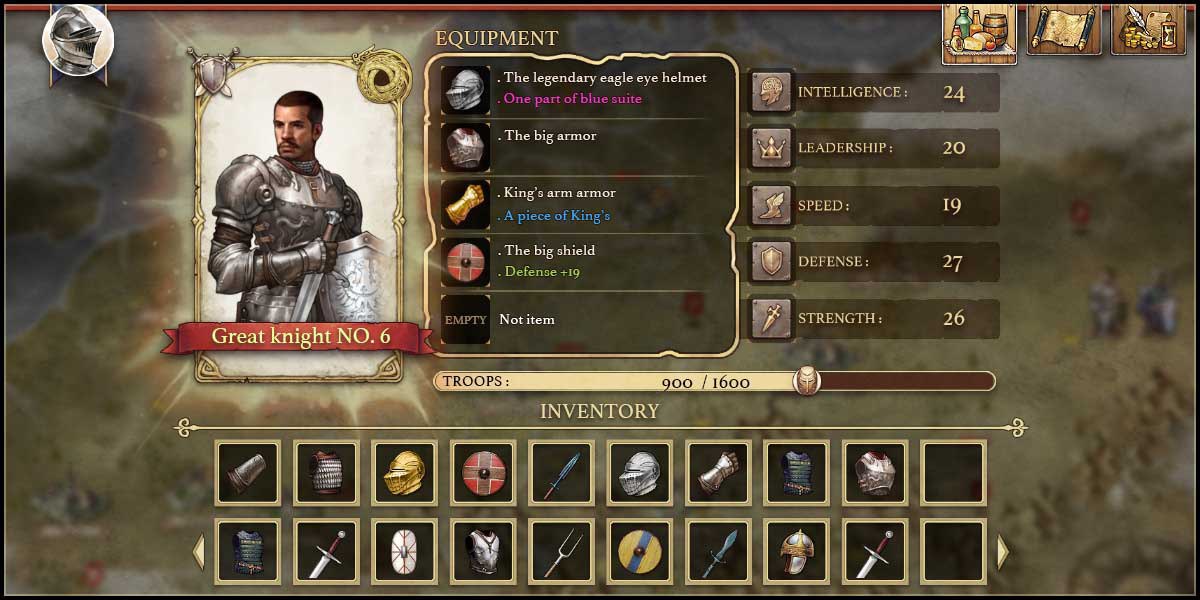 Why Fantom (FTM) Made More Transactions than Ethereum?