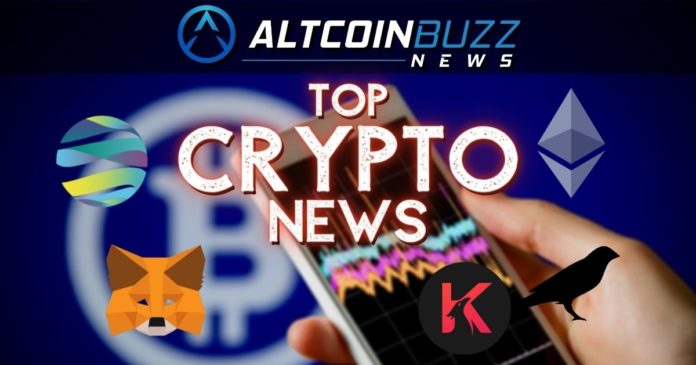 El Salvador’s Legislative Assembly has passed legislation to support the development of crypto infrastructure and services across the country. As per the report by local media, the assembly has also approved a $150 million Bitcoin trust fund. This Trust is designed to facilitate the conversion of Bitcoin into U.S. dollars and enables the widespread adoption of crypto assets.

Notably, out of the $150 million in funds, $23.3 million is allocated to support the installation of government-backed crypto ATMs. This will allow local citizens to exchange between Bitcoin and USD. On the other hand, $30 million has been assigned to offer incentives to encourage the adoption of the government’s digital wallet, Chivo.

The Metamask digital currency wallet hit a major milestone by surpassing 10 million monthly active users (MAUs). MetaMask is a popular Ethereum blockchain wallet and browser extension which is created by the blockchain software company ConsenSys. This wallet is also supported by a number of decentralized finance (DeFi) applications.

As per the tweet, these MAUs climbed 1,800% in the past 12 months, which marks a 19-fold growth since July of last year. Currently, MetaMask has 10,354,279 MAUs, which are increasing exponentially due to some factors. These factors include the growing demand for DeFi applications and non-fungible tokens (NFT), token swap features, and more.

Get a:
🎉POAP
🎉Great wearable by @dapp_craft
🎉Performance by @melabeeofficial

Terra Virtua is set to launch the first stage of Prestige Reward Points. With this launch, users will be able to earn Prestige Points while locking in TVK, which are deposited directly into members’ wallets. Further, this will allow users to claim exclusive NFTs across all the brands on Terra Virtua’s new members-only marketplace.

Notably, this Terra Virtua Prestige club started on August 31st. More details regarding this membership can be found here.

TVK holders can now enter a world of rewards when they stake their TVK!🙌

As per Offchain Labs co-founder Steven Goldfeder, Arbitrum is the first scaling solution by Offchain Labs, and its team is working on various new solutions to scale Ethereum. He also stated the project has raised $120 million in new funding. This funding is driven by Lightspeed Venture Partners with participation from Mark Cuban, Pantera Capital, Alameda Research, and others. Impressively, this round also valued Offchain Labs at $1.2 billion.

Today is a big day for us at @OffchainLabs.

The company turned 3 last week, and @arbitrum's origin actually goes back several years prior to our days at @Princeton.

But today is the first time that we began to fulfill our mission and deliver gas relief to Ethereum users. https://t.co/A6q6PvW4F5

In the last bit of crypto news for today, we have Karura Network launching liquid staking for KSM. As per the tweet, this liquid KSM staking product was built to solve the liquidity challenge of staked KSM. With this launch, users can stake KSM to receive a liquid “receipt” token in LKSM at a 1:1 ratio.

In addition, LKSM users can enjoy various other benefits with their newfound liquidity. These benefits include minting of kUSD and becoming a Liquidity Provider (LP) for the LKSM/kUSD pool. Secondly, swapping of LKSM/KSM and contributing to crowd loans. In addition, users can also hold LKSM with the ability to unstake without any time period. Users can also visit apps.karura.network/homa to participate in Phase 1 of the LKSM liquid staking product.

Liquid Staking for $KSM has launched, entering phase 1 of the 3-step rollout!

Users can now mint $LKSM on up to 3k KSM.

👀 Note that unstaking/redeeming is not yet live. 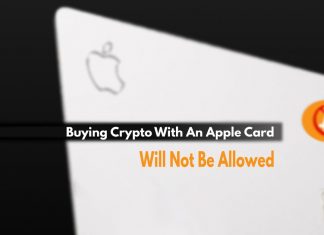 Robert Patrinjei - August 5, 2019 0
According to its latest customer agreement regarding the upcoming Apple card, customers will not be able to acquire crypto assets with the card. Apple...