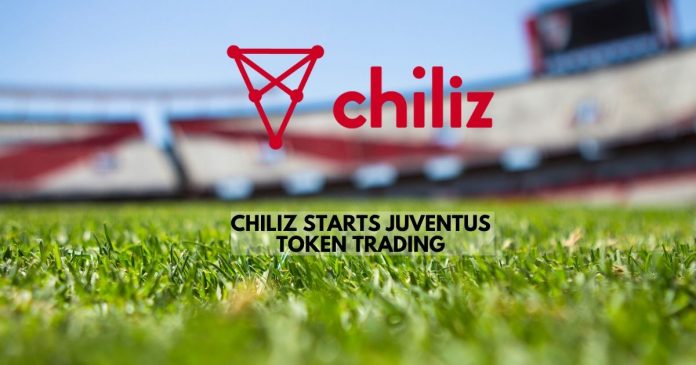 Chiliz is arguably the world’s first exchange platform for sports and entertainment. It recently revealed the addition of $JUV marking the introduction of a new tradeable class of digital assets.

$JUV is a blockchain token released by the Italian professional soccer club, Juventus, in partnership with sport-focused token platform Socios.com. They were the first club to carry out a fan token offering (FTO) and poll on Socios.com.

One of the first to list the Juventus fan token was CoinGecko.

Amazing job @coingecko for listing already @juventusfc Fan Token from @Chiliz $JUV x $CHZ. Get ready for all the other teams we are bringing on board. I'm sure crypto & sports media will use your API to get the data of our teams too, to create new content & trading strategies. pic.twitter.com/WN55jcMKTt 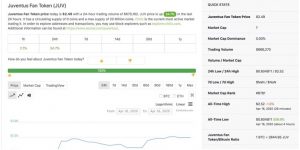 CoinMarketCap has also followed suit by listing $JUV on its platform.

Chiliz, in the statement additionally noted that it would integrate more sports tokens into the platform with the addition of up to 50 fan tokens by the end of 2020. The platform also stated that this was part of its aim to create a vibrant and exciting new class of digital trading.

Additionally, Chiliz announced the addition of a new feature that allows its users to withdraw $CHZ held on Socios.com to any third party exchange where it’s listed, including Binance, Paribu, Upbit, Bitpanda, among many others.

However, all fan tokens purchased on Socios.com during the FTO are subject to a 90-day lock from the date of purchase.

In a few weeks, live trading will also be available in the Socios.com app. This will attract many regular sports fans from the partnering clubs to try out trading. Socios app has over 200,000 users to date. Pricing in Socios.com will follow the Chiliz.net order book.

In the period the COVID-19 pandemic is ravaging the globe, Chiliz also disclosed plan the launch of the Socios Pass. It is an ID and immunity verification tool that will allow fans to return to stadiums and watch live games more safely and securely.

The platform noted that there were expectations that a return of the sporting activities would take place behind closed doors. Socios Pass invariably becomes useful as it would help authorities identify individuals who are healthy to return to normal life.

Socios Pass would make use of blockchain technology and QR-codes enabling fans with proof of immunity to return to stadiums. Ideally, this would safeguard the long-term economic future of sporting entities while allowing fans to watch their beloved teams.

In addition to QR code scanning, Socios.com Pass holders can also use their Socios.com debit card. Using it, they can provide proof of immunity/ID information via an NFC scan.

Alexandre Dreyfus, CEO and founder of Socios.com & Chiliz, said: “We recently polled football fans from our partner clubs, asking them if they would accept identity & health status checks. And around 74% of respondents voted in favor of such measures.”

Earlier this month, we covered the online keynote of Dreyfus as he mentioned several interesting updates on the platform. 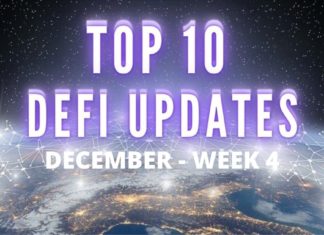 Racheal - January 3, 2022 0
The DeFi space wraps up 2021 in grand style. We see a lot of strategic partnerships, updates, events, etc. Therefore, in this article, Altcoin...

BitTorrent Adds a New Platform to its Ecosystem