In this article, we offer an overview of Enjin Coin (ENJ), including technical analysis, partnerships, recent updates, and reasons why you should be interested in buying the cryptocurrency. 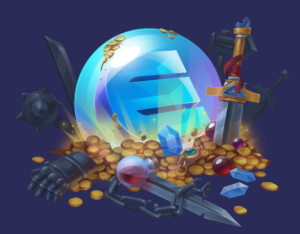 “Remember those days when we used to collect different virtual coins by playing different Games and enjoy becoming Rich virtually and spend them according to our interests. Enjin reminds us of those Gaming days which we still miss sometimes”

4. ENJ has great benefits like fast transaction speeds as well as the ability to create your own characters, weapons, real estate, and other gaming assets.

5. It enables users to change, upgrade, build, and trade blockchain-based gaming assets. These are virtual, but still they have a real-life value of their own. 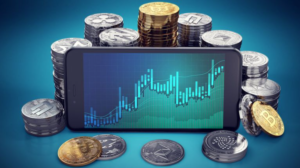 6. It offers players a high level of security, transparency, and immutability. Enjin blockchain is temper free.

7. Enjin has some of the strongest team members in the blockchain industry, such as Alex Solomon (previously at Microsoft Azure) and Caleb Applegate (founder of Mineplex), to name a few.

8. ENJ is a cross-chain project that joins a large number of players all over the world. It provides some valuable services like escrow, smart contracts, and a user-friendly wallet.

9. The Enjin Coin (ENJ) is the life of the Enjin ecosystem. It is an Ethereum-based cryptocurrency. As an ERC-20 token, it is compatible with Ethereum wallets like MyEtherWallet and other online wallets. We can also use other wallets like Ledger Nano S, Trezor, and more.

10. Enjin Wallet: Every user has their own unique blockchain address and all the transactions executed on the blockchain need to be authorized using that private key. Enjin has a highly secure wallet with software development kits (SDKs) and is a decentralized payment gateway. It is user friendly for invoices, refunds, and to customize coin payments on different websites. 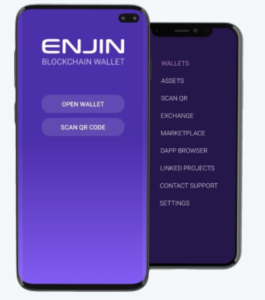 From hats to amulets, @CoinMarketCap's upcoming collectible shows the versatility of digital items in the #metaverse.

In Forest Knight by @chrono_games, the token takes the form of a powerful charm, giving your character a boost. pic.twitter.com/fqnRrWmXdD

2. They have also launched Atari and eBallR Games to the Enjin ecosystem, which will leverage the power of the blockchain to the game developers.

3. In 2021, eBallR Games will launch a sports multiverse, a series of games linked by shared blockchain assets and collectibles.

4. According to Fred Chesnais (CEO of Atari), EBallR Games and Enjin have both together entered a new era of NFTs, unlocking more utility by allowing owners to use them across projects.

Digital #Fashion, #Blockchain and #videogames come together today in a world-first with the launch of a new @Atari-inspired digital #NFT fashion line built using @Enjin and designed by @the_fab_ric_ant. Will be used in @EballrG @dressxcom

At the time of writing, the ENJ price is $0.210964, with a circulating supply of 923 million ENJ coins and a maximum supply of 1 billion. Binance is the current most active market trading ENJ.

Some of the leading exchanges on which ENJ is listed are Binance, Kucoin, Coinbase, HitBTC, and Bittrex.

With the above fundamental news and according to the weekly chart below, it has enjoyed a massive rally this year, reaching a 2021 high of $0.26. According to Fibonacci, it is getting support around the $0.19 level. On the weekly timeframe, it is forming a Cup and Handle. If it will breakout above, it can make another all-time high of around the $0.50 level. 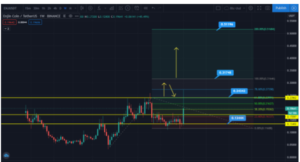 Conclusion
Enjin Coin is one of the largest blockchain-based gaming communities. Lots of new innovative virtual games and other creative projects are built on this. With these features, it has a great future, especially in the NFT and Defi spaces. 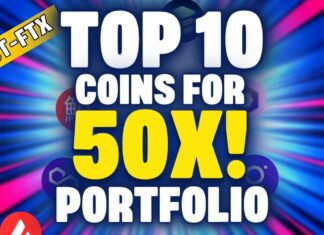